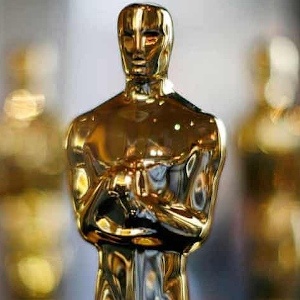 It’s that time of year again! The nominations for the 95th Academy Awards have been announced. And, guess what…we’re a cinema-centric organisation, so we do tend to take an interest in this sort of thing. Of all the titles mentioned in the most prestigious categories we’ve seen and reviewed around half so…what did we think of the front runners? Let’s take a quick look, shall we.

I know it is traditional, when one finds oneself in this sort of position, to say “And now, in no particular order” but I think I will do things slightly differently. Let’s work our way down starting with the title that has got the most nominations to the ones with the least. This way it’s not so obvious when I miss out the ones I don’t know much about! So, starting at the top, we have…


Everything Everywhere All At Once

To be honest, we here at RunPee Towers aren’t surprised that Everything Everywhere All At Once has done so well. Let’s face it, eleven nominations isn’t bad. For comparison, the record for a film is fourteen nominations; All About Eve – 1950, Titanic – 1997, and La La Land – 2016 to save you looking. It got a solid A when we reviewed it and it has gone on to be nominated for bests in the  picture, director, actress, supporting of both genders categories as well as a slew of others. I, for one, would love to see Michelle Yeoh walking off with an Oscar.

The Banshees Of Inisherin and All Quiet On The Western Front

Eight Nominations went to Elvis.  Austin Butler picked up the best actor nomination but, sadly, Baz Luhrmann didn’t get the nod for best director. It is, however, also up for best picture so that must be some sort of indication of Mr Luhrmann’s talents. Personally, I’ve never been in doubt having loved his stuff since Strictly Ballroom. Perhaps the least surprising nomination is for costume but I’m quite surprised it was overlooked for anything musical…does best sound count?  We gave it a C+.

Next up comes Steven Spielberg’s quasi-autobiographical outing The Fabelmans. This is one of those films which attempts to entertain the audience by upsetting them. I know some people enjoy that kind of inverse entertainment but I tend to agree with Jill and don’t like it so much. It doesn’t mean I only like comedies and musicals but I don’t like walking out feeling miserable and depressed. Still, It has got shouts for best picture, director, and a couple of acting nods amongst its seven nominations.

Next up are a couple which are both on six nominations each; Top Gun: Maverick and Tár. Both picked up the nod for best picture but Tár also got director, cinematography, and actress. I don’t know for sure but I wonder whether or not Top Gun: Maverick’s relative lack of success is down to the amnesia that tends to descend upon the academy when a film is released before November. Still, we loved it and gave it an A. Tár got a B-.

Now, with five nominations, is the first of the films I’ve mentioned that hasn’t been nominated for best picture. I’m not surprised given that it is an MCU offering; one of those big budget, popcorn fodder films which are rarely deemed worthy of best picture status. There was also lot riding on Black Panther: Wakanda Forever mainly due to the what will they do to make up for the gas demise of Chadwick Boseman. Whether that was a contributory factor or not is hard to say but I didn’t find it as good as the first one or a lot of the other MCU output; it got a C+. Still, fingers crossed for Angela Bassett as best supporting actress.

Avatar: The Way Of Water

Rolling in with four nominations in best picture and three quasi-technical categories is Avatar: The Way Of Water. I’m not going to say much more because I haven’t seen it and, to be honest, it doesn’t really light my candle. It’s more Dan’s thing, he gave it a B, but then he and I differ on Dune as well!

To wrap things up I’ll just say a few words about one or two others that were nominated, unlike The Woman King which was totally overlooked. One that I’m really hoping for is Brendan Fraser being nominated for best actor in The Whale. He’s had some unmerited hard times and deserves this boost. Unfortunately, he’s up against one of my other most treasured of national treasures – everybody’s favourite uncle – Bill Nighy in Living.

Despite all the DC related publicity The Batman has only picked up three of the “smaller” nominations. Perhaps that is down to the temporal amnesia that may have affected Top Gun: Maverick. I’ll be honest, I dozed off during it despite intending to look out for any places that I might recognise so I could do an article on local locations.

And finally…the last film I would like to mention is Glass Onion: A Knives Out Mystery. I enjoyed this when I watched it over the Christmas holidays. I remember comments being made about it getting a limited theatrical release purely to enable it to be eligible for nominations. Maybe it is the Academy still being sniffy about streaming based features. It only got one nomination and that was for best adapted screenplay…I didn’t even know it was adapted! I thought it was a Rian Johnson original.

So, that’s a very brief round up of the main nominations in the major categories. Now we have to sit and wait until the 12th March to see who wins what. Anybody going to an Oscar party? Any spare invitations?