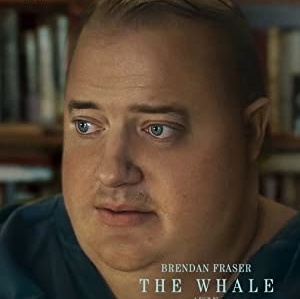 The Whale brought me to tears. Brendan Fraser delivered his best performance yet. It was hard to watch but his presence kept you from looking away. He brought forth such a vast amount of empathy in me that I was emotionally drained afterward. His story was the best example of being stuck between a rock and a hard place. When you get into the meat of the film and have learned everything that has transpired in Charlie’s life, you root for him. Even after you learn of his mistakes. It’s purely gut-wrenching.

Not only did Fraser perform flawlessly, but the entire cast also poured their souls into the film. Hong Chau as Liz was simply perfect. Her emotions rang through loud and clear as did her presence. She is small in stature but her personality filled the room. Sadie Sink as Ellie was another bullseye. Her character had so much anger and emotional pain that her scenes were hard to watch also. You felt her pain, you felt her sadness and her anger bordered on rage. Ty Simpkins as Thomas was a breath of fresh air, or so you think. But hello, there are issues there too and he portrays them on screen with the gusto of the most seasoned actor. Samantha Morton as Mary, the ex-wife showed another side of the pain bringing the movie full circle. What I’m getting at is this is perfection. Every single aspect.


I do highly recommend this movie but know that it is not fun, it’s a spiral staircase leading right into emptiness.

About The Peetimes: I recommend the 1st Peetime. I feel between the 2 the 1st was easier to summarize for you without ruining the flow of the movie. The Whale is so intense that no Peetime will do it justice.

There are no extra scenes during, or after, the end credits of The Whale.

Plot
A reclusive English teacher attempts to reconnect with his estranged teenage daughter.