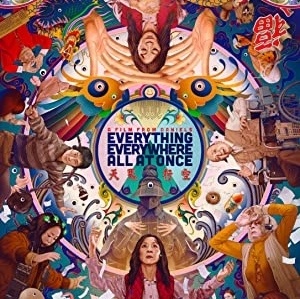 Everything Everywhere All at Once has to be seen to be believed. And once you see it you won’t believe it.

Vera and I both had high expectations going in and neither of us was disappointed. Overall, the story was… Ummmm… Creative is a word for it. Bizzare, inexplicable, and ludicrous are also fair descriptions, but also touching and profound on many levels.


The action was fun and fresh, and sometimes fresh in hilarious ways. In fact, the movie overall was much funnier than I expected. The entire audience laughed out loud many times.

The acting was fantastic. Michelle Yeoh of course should deservedly get the most credit, but there wasn’t a weak link in the cast. Everyone, from James Hong to Jamie Lee Curtis was amazing in their roles. And when I say roles you have to remember that every character is multiple people, as are we all.

About The Peetimes: This movie was crazy-hard to find Peetimes for. You’ll understand when you see it. I think the first Peetime is pretty good because it’s all one long action scene. My wife and I both independently picked the second Peetime, so we recommend that one.

There are no extra scenes during, or after, the end credits of Everything Everywhere All at Once.

The video interview below with the directors and special effects supervisor is really interesting. I don’t think it gives anything away about the plot. Certainly doesn’t show as much as the trailer does. And knowing how they shot the effects might make the movie more interesting when you watch it. And I’m blown away that 500 scenes with special effects were done by just five people.

Plot
An aging Chinese immigrant is swept up in an insane adventure, where she alone can save the world by exploring other universes connecting with the lives she could have led.