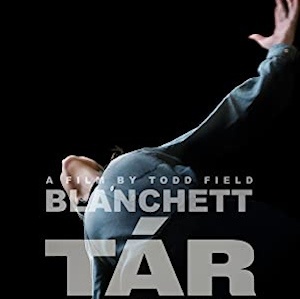 Tár said more than once in the movie, “What was the composer trying to say to us?” Meaning, what clues did the composer give us to help us understand how to interpret the musical score?

I asked myself that same question of the screenwriter/director—Todd Field. What message was Todd trying to deliver? What questions did he ask and was he trying to imply answers to those questions?


The only thing I can come up with is that the movie Tár seeks to illustrate how the behavior of people in powerful and influential positions are motivated to behave based on their position and not their gender.

Tár places a woman with a powerful intellect, expansive experience, and unceasing drive in a position that has historically been dominated by males—orchestral conductor.

Everything Tár says early in the movie indicates that she is part of a newly self-aware generation that is more evolved than those who came before. (At least that was my impression.) In particular, her conversation with the students early in the movie was, I thought, enlightening. One of the students had a moral issue with Bach. Not his music, but with the man. Tár argued that the student was irrational in his moralizing and eventually drove the student to leave the class in protest.

As the movie goes on we discover that Tár is just as flawed as many of those who came before her—old white men of power. She uses her position to consolidate her power as well as her need for sexual approval. When it comes to our attention that Tár has used her position to charm and seduce many young women, one of whom committed suicide, we feel betrayed. She was supposed to be better than this. But in the end, she’s no different than many of the old white men who came before her.

There was a lot of symbolism that I noticed, but don’t understand.

I might be able to answer these questions myself if I rewatched the movie. But it’s a long move and I don’t care that much about the answers. But I’d sure love to hear what you might have come up with.

There is no question that Cate Blanchett is one of the best actresses of our time. Her performance carried the movie. Beyond that, the entire cast performed remarkably well which is a credit to the director—Todd Fields.

About The Peetimes: There’s a lot of symbolism throughout this movie, making it difficult to choose the best Peetimes. I have three that I think are suitable. Neither of them is particularly better than another so I won’t recommend one.

There are no extra scenes during, or after, the end credits of Tár.

Plot
Set in the international world of classical music, the film centers on Lydia Tár, widely considered one of the greatest living composer/conductors and first-ever female chief conductor of a major German orchestra.

chevron_left Halloween Movie Classics – The Haunting – 1963
Is there anything extra during the end credits of Terrifier 2? chevron_right