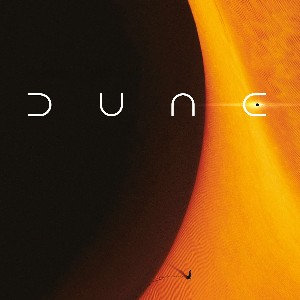 I’ve read the Dune series more times than I remember. And I’ve seen every video adaption made, numerous times. I can come close to quoting the character’s dialog line-for-line. Therefore, I can only review the movie from the standpoint of a fan. I realize most people who see the movie haven’t read the books, and so their impression of the movie will be different than mine—obviously.

Plot (Spoilers)
A mythic and emotionally charged hero’s journey, “Dune” tells the story of Paul Atreides, a brilliant and gifted young man born into a great destiny beyond his understanding, must travel to the most dangerous planet in the universe to ensure the future of his family and his people. As malevolent forces explode into conflict over the planet’s exclusive supply of the most precious resource in existence-a commodity capable of unlocking humanity’s greatest potential-only those who can conquer their fear will survive.

Dune is perhaps one of the hardest classic science fiction stories to tell.* It is sprawling, to say the least. Early in the movie you can see the year 10,191 on-screen. That’s not 8,170 years into our future; that’s 10,191 years after the Spacing Guild establishes a monopoly on space travel. And the sisterhood of the Bene Gesserit are older still. The original series written by Frank Herbert spans many thousands of years into the future of the Dune saga. There’s a 3,500-year gap between books three and four and a still larger gap between the next two books: Heretics of Dune and Chapterhouse Dune. I don’t know how any two-and-a-half-hour movie can adequately express that scale of history. I know this movie didn’t because they barely tried.

The casting choices for this movie’s titular characters are outstanding, starting with Timothée Chalamet. As Paul Atreides, Timothée has to carry the a complex messiah role. The role of Paul isn’t a reluctant hero; he’s an unexpected hero. Someone who fits the broad characteristics of a prophesized messiah and then later discovers that he actually is that messiah. I don’t think there are too many young actors who could pull this role off half as well as Chalamet, and I’d wager none could do it better. Really, without an actor of Chalamet’s talent, this movie would have been a disaster from the start.

I think Rebecca Ferguson did a good job as Jessica, Paul’s mother. Rebecca is a fine actress and doesn’t disappoint in this role, although I think there are many others who could have done just as well. I always pictured Jessica as more regal. Rebecca Ferguson isn’t regal, but she has a toughness about her that comes out in dramatic scenes.

Of all the casting choices, the only one I really have even a small gripe about is with Sharon Duncan-Brewster as Dr. Liet Kynes. Not that they cast a woman in the role of a character that was originally male—the character’s gender is irrelevant. It’s just that she looks too young. The actress is currently 45, so probably around 42 when filming, but she looks mid 30’s, at least to me. Oddly enough, the character in the book is only 37 at the time of the events. But, the movie doesn’t make any reference at all to the fact that it was Kynes’ father who began the terraforming project many years earlier. I think an older lady would have been more appropriate for the role.

This is really for the Dune fans. Here are a few scenes that I think could have been better:

Gom Jabbar
I thought it was a brave choice for Jessica to recite the litany of fear instead of Paul when he was undergoing the Gom Jabbar. It was hard to tell, but I think Paul might have been mouthing the words to the litany as Jessica recited them. I wish that had been more obvious.

Sticking with the Gom Jabbar scene: I loved how Chalamet struggled early in the test but after a certain point he became calm and stared intensely at the Reverand Mother near the end. The look in his eyes said, “Kill me now, because when my hand comes out of this box it goes around your throat.” That much I liked. Before the test, the Reverand Mother said, “An animal will chew off a leg to escape a trap.” After Paul removed his hand from the box, he should have stood and said, “I would endure the pain of a trap, so that I might meet my trapper and kill them so they never have a chance to threaten me again.”

The full quote from the book is:

You’ve heard of animals chewing off a leg to escape a trap? That’s an animal kind of trick. A human would remain in the trap, endure the pain, feigning death that he might kill the trapper and remove a threat to his kind. -Frank Herbert Dune

There weren’t nearly enough quotes from Gurney Halleck. They missed a great opportunity for one of his best quotes that really sums up the character:

What has mood to do with it? You fight when the necessity arises—no matter the mood! Mood’s a thing for cattle or making love or playing the baliset. It’s not for fighting.

Paul’s Visions
I think the way they filmed Paul’s visions was confusing to people who aren’t familiar with the story. In the book, it’s important that Paul doesn’t see the future but many futures. He sees possible futures and has to navigate through them to the desired outcome. It’s exhausting for him. We get a glimpse of that when Paul has a vision of Jamis, the man he killed at the end, teaching him the ways of the desert. That was one of the possible futures where he doesn’t fight him.

Shadout Mapes
I’m glad they included the scene of Jessica meeting the Shadout Mapes, but then they didn’t give the character another line of dialog until she dies. I know the movie was already two and a half hours long, but it honestly needed another 20 minutes more to flesh out a few more characters. In the book, the Shadout Mapes is an important character for introducing the role the Fremen will play.

In particular, I think the timing of the scene when Jessica gives the name of the blade went slightly too quickly. When Jessica calls the blade, “A Maker,” then the camera should focus closely on Shadout Mapes to see a second of astonishment, then a quick inhale of breath before she screams. It just happened too quickly.

Missing Scenes
Speaking of the Shadout Mapes, she never has a chance to mention that the Fremen know there is a traitor within the Atreides’ inner circle. That entire plotline is ignored. In the book, it’s important that the Fremen are willing to share this information with the Atreides at all. And it’s equally important that the primary suspect is Jessica. In my opinion, that’s a plotline that can’t be ignored. And it’s going to become obvious when Gurney Halleck appears in the next movie.

Great Music, but…
I love the music, but it was played too loudly over too many lines of dialog, making it impossible to understand what was said. It’s a mistake made in many movies that I can’t believe happens so frequently. How hard is it for the editor to bring down the music levels while there’s dialog?

What I liked most

As with all of Denis Villeneuve movies, the visuals are spectacular. He gave the movie the epic visual scale it required. And, of course, Hans Zimmer gave it the epic score it deserved. I’m certain I will watch this movie a few more times before Part II comes out.

* Stranger in a Strange Land might be the most difficult classic science fiction story to tell, which is why it hasn’t been done yet.

About The Peetimes:
I found 4 good Peetimes. I’d recommend either the 1st or 4th Peetimes over the others. Neither of those Peetimes involves any plot or character development.

There are no extra scenes during, or after, the end credits of Dune. (What we mean by Anything Extra.)

chevron_left Is there anything extra during the end credits of Ron’s Gone Wrong?
Indie Movie Review – The Mutation chevron_right