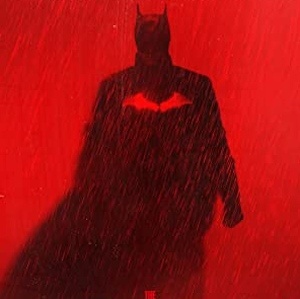 The Batman has a few things to love, and a lot to like. There are hardly any disappointments.

My impression is that in all of the Batman movies we’ve seen since Dark Knight we see mostly Bruce Wayne, and Batman fills in the action sequences. Batman is essentially Bruce Wayne’s alter-ego. That’s reversed in The Batman. We see Batman far more than Bruce Wayne, making it feel like Bruce is Batman’s alter-ego. This point doesn’t go unnoticed and is alluded to in the story. This fact alone differentiates this rendition of Batman from others.


The cinematography, by Greig Fraser, was masterful. (Fraser also did: Dune, Rogue One, Vice, Zero Dark Thirty, etc.) Throughout the movie, the cinematography is almost tangible, like a supporting actor. The consistently dark and claustrophobic views permeate nearly every scene. But I never felt that the darkness was forced or overdone. It felt appropriate.

There were a few scenes done with such artistry it made the story secondary to the visual, but in a way that enhanced the story.

The original soundtrack by Michael Giacchino is some of his best work. And that’s saying a lot because Giacchino also did the soundtracks for Rogue One, Star Trek 2009, UP, and Ratatouille. The music compliments the cinematography perfectly.

Any three-hour movie has to be a challenge to edit. First, there are very few movies this long so it’s hard to find any editor with experience working on a film of this scope. Fortunately, they have William Hoy—who edited Watchmen (2:42 runtime). For such a long movie I never felt that the story was dragging on needlessly. Every scene felt appropriate. I know I’m in the minority, but I believe more movies should be this length. All too often I complain about movies that needed to be an extra 20-30 minutes longer to really complete the story. They don’t make that mistake in The Batman. I think it was exactly as long as it needed to be. Sure, scenes could have been cut or tightened to reduce the runtime by thirty minutes, give or take. But at what cost? If there was one scene that felt too long it was the car chase. But I’m not going to complain because it makes such a great Peetime. You can miss the first four minutes of the chase scene and get back in time to see the fantastic ending.

It’s not an exaggeration to say that Robert Pattinson’s portrayal of Batman will be the most analyzed role of the year. Christian Bale set the bar exceedingly high in the Dark Knight trilogy. Ben Affleck’s Batman was universally critiqued as worse than Bale’s portrayal. (Again, a high bar to reach.) Pattinson does better than split the difference between those two. Again, it’s important to remember that they are the same character, but really different roles. We’re not comparing apples to apples here even though the characters are all named Batman.

The other actors all did admirable jobs. Colin Farrell deserves special mention for doing a really fantastic job as The Penguin.

The one other role that deserves a special mention is Paul Dano as Riddler. The comparison, unfair if you ask me, is did Dano do a better job than Heath Ledger as Joker? Again, not a fair comparison for a variety of reasons. First, different characters, but secondly, Dano’s role doesn’t give him anything remotely as meaty to work with. But he did fantastically with what he had.

The writers—Matt Reeves who also directed, and Peter Craig—had the audacity to skip over Batman’s origin story. There’s not a single flashback to young Bruce Wayne. His past is only alluded to. Lt. Gordon has a line, “I’ve known you for two years now and I don’t even know who you are.” That’s about the only concrete clue we get as to when this story takes place in the evolution of Batman.

I expected that the reason for the movie’s nearly three-hour runtime was to account for an origin story plus his present-day adventure. After seeing the movie I’m really happy that they decided to go this route. We already know Batman’s origin. It really doesn’t need another retelling. Kudos to the writers for realizing that and being brave enough to go forward with a story that takes place well into Batman’s career as a vigilante.

The way the character of Riddler is written reminds me of how far we’ve come from the days of comic book villains who were evil for the sake of evil. I’m reminded of Jim Carry’s Riddler that was flamboyant but had no depth. (Remind me in the comments if I’m wrong. It’s been decades since I saw that movie.)

I have a sneaking suspicion that this movie will become more enjoyable with time. I expect that some years from now we’ll look forward to settling in for a marathon of The Batman and the sequels to come. If all the sequels are equal to the original then it will be a marathon worth looking forward to. Of course, there’s the possibility that the sequels will be utter disappointments. This is DC and look what they did with Wonder Woman 1984.

About The Peetimes: We have 4 good Peetimes. I recommend the 2nd Peetime as the best of the bunch. The 3rd Peetime is also very good. It’s all a car chase scene and the best part comes after the end of the Peetime.

There are extra scenes during, or after, the end credits of The Batman. (What we mean by Anything Extra.)

Plot
When the Riddler, a sadistic serial killer, begins murdering key political figures in Gotham, Batman is forced to investigate the city’s hidden corruption and question his family’s involvement.

chevron_left Is there anything extra during the end credits of The Batman?
Movie Review – Peace River chevron_right