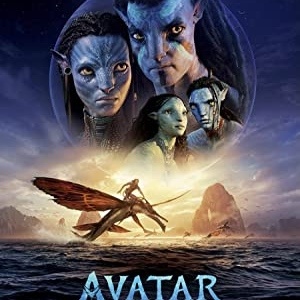 I’m not wowed by the movie, but I wasn’t disappointed. I can’t see the movie in 3D until Wednesday. I’ll update my review afterward to speak to the 3D quality. But based in what I saw, I’ll bet it’s pretty stunning.

I enjoyed the dynamic that the child characters added. Specifically, Kiri, voiced by Sigourney Weaver. Kiri’s mysterious connection to Eywa provided some near-magical moments. I suspect that will be a much bigger theme in the next movie or two. Speaking of which, Weaver did a masterful job of sounding like a young girl and only sounding like Grace when she was angry.

The plot in Avatar: The Way of Water is too much of a rehash of the original movie. It feels uncreative. I was expecting better from James Cameron given that he had nearly a decade to think about the story. My hope is that Avatar: The Way of Water is being treated as the first movie in a trilogy and we can really move the plot forward in the next movie instead of just making this one long epic battle between Pandora and the sky people. If it were up to me I’d end the trilogy with Sully returning to earth with a small piece of Eywa to help save the planet. I think that would be the most satisfying ending to this trilogy. I just hope James Cameron has the creativity and boldness to attempt it.

There’s only one good reason to save him and that’s to give him a redemption story in the next movie. If they only bring him back to be the big bad again then I’m going to give the movie an F, no matter what else they might do. A redemption story for Quaritch would be a bold choice and something that I think we, as a society, need. I know that it’s something I struggle with. There are people that I judge to be evil and in need of some severe burning in hell for all eternity. Then I hear a story about someone who was in a white supremacy group for years but then got out, turned his life around, and is now working to be a positive influence on society.

Maybe we/I shouldn’t give up on evil people but continue to try and help them turn away from fear and hate. Personally, I don’t have the patience to try and save people like that. I’d rather focus my efforts on helping the innocent. But, it may be more effective to treat the source than try to help mend the damage they do.

About The Peetimes: I’m pretty happy with the Peetimes I found. There are three that I would recommend and they are spaced out nicely in the movie. The other two Peetimes aren’t horrible, but I’d recommend avoiding them if your bladder permits it. I think the fourth Peetime is the best of all and it’s also an alert Peetime due to a scene with animal cruelty.

There are no extra scenes during, or after, the end credits of Avatar: The Way of Water.

Plot
Jake Sully lives with his newfound family formed on the planet of Pandora. Once a familiar threat returns to finish what was previously started, Jake must work with Neytiri and the army of the Na’vi race to protect their planet.