What is the best all-time series franchise? 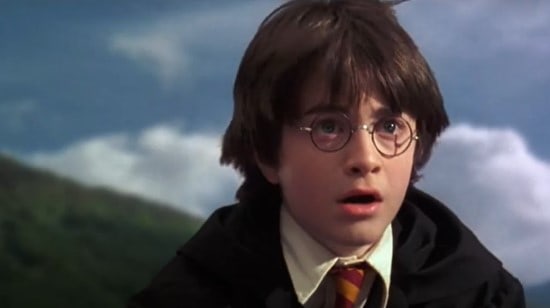 It started well and kept getting better. Congratulations, Harry!

So many movie franchises, so little time. While it’s easy for producers to add yet another movie to any long-running series, it’s not so easy to have every one of them qualify as good, quality films. And in some series, all are decent, but none are outstanding. How to decide who gets the top spot for film series narratives where everything is both above average and don’t contain a clunker?

We figure anything beyond a trilogy counts as a true series. Also, I’m looking at stories with an element — any element — of cannon material.

We fudged a few times here. Riddick only makes four films by including Dark Fury, an animated but CANNON inclusion to the series. The Matrix (at least through now, since a 4th movie has been recently announced, but hasn’t been filmed) has an entire cannon series of Animatrix anime. We’re going to take a leap and include those.

So, we’ve decided we have to draw a line somewhere, since linear story-telling material in so many series are all over the map.

Here we go: Soft Reboots are included…Hard Reboots are not. In other words, if the series nods to any previous incarnations and characters, that’s a Soft Reboot (ie – the Kelvin Timeline in Star Trek that refers to our Classic Timeline and has Old Spock and New Spock as continuous characters), but Hard Reboots are out (removing something like Evil Dead from the equation, for example, since the new version goes back to the beginning and erases the entire previous trilogy).

James Bond films are tough that way, and might be based on who was Bond when. Probably. We’re mulling over whether each Bond series has any connective tissue to the last. But clearly with each Batman version, it’s a Hard Reboot from the ones that follow. Which makes detangling DC an issue.

Note: We can’t say we’ve covered every series out there, especially those in the horror genre, which can malinger like old laundry. We see a lot of movies, but aren’t superheroes here. Let me know what I left out in the comment section below.

Vin Diesel, Harrison Ford, The Arnold, and Sylvester Stallone each have two entire lead role franchises on this list. Wow! We could possibly, maybe, conceivably, say so do Patrick Stewart and Ian McKellen, but those are “starring” roles in large ensemble films, instead of clear leads.

What do you think? We aren’t sure where to draw the line on this, so feel free to chime in to the comments with your opinions. We realize people can get worked up about their favorite movie series, and we want to hear all about it!

So, let’s get to it. Here are the franchises we’re looking at, and our personal, very opinionated comments as we go.

I don’t pretend to cover every series. I’m not that awesome. But from this list here, it’s clear who wins, and who just misses the cut.

Winner: Harry Potter (even including the 2 Fantastic Beasts films), with 10 films of good to ‘fantastic’ quality that all easily make the ‘film classics’ list. Congrats to Harry, Ron, Hermione, and Newt!

Runner Up: The Marvel Cinematic Universe. I really want to give this series the win. It’s hard to have 23 movies (plus two cannon TV shows and several one-shots) all be amazing. And it’s not fair to have Hulk (and maybe Thor 2) drag the entire thing down. When they did Hulk they really didn’t have the MCU formula worked out — that was the same year as the original Iron Man, which was a long shot at best. But you know what? It created an empire that almost nothing could compete with. It’s just soooo close. MCU, we love you 3,000.

Honorable Mention: The Matrix. A lot of people just do not like the sequels, and haven’t even seen the Animatrix Collection. In fact, the sequels spawned some serious vitriol when they came out. But if you watch them now, 20 years later, and forget “all you know, and think you know”, you’ll actually enjoy what the directors have accomplished. This cinematic experience is really very deep, and the quality can’t be argued against. We only hope the previously announced four-quel will add to the story (unlike the new Men In Black: International).

Honorable Mention 2: Believe it of not, Despicable Me/Minions is right up there, and more consistent than the otherwise beloved Toy Story series. I’m shocked too.

Do you agree or hate my assessments? Comment below. I promise I’ll respond with respect. This is what makes films fun.