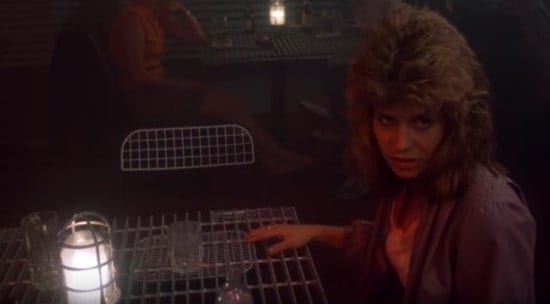 Well, cool, I just rewatched the entire run of Terminator movies and realized it will be easier to rank them in order of greatness than I thought. For each movie (I’ll get to the TV show later), the best to worst go in order of first to last created. That made it easy!  How often does that happen? Here we go, and YES THERE ARE TERMINATOR SPOILERS through Genisys, but not through Dark Fate:

The Terminator Movies, ranked from best movie to worst:

The TV show used an alternate timeline, with yet other Sarah and John actors, but was so damn great that it was a joy to watch as a serialized story on TV. Summer Glau made a wonderful Terminator. I wasn’t thrilled with Lena Headley’s Sarah, but everyone else knocked my socks off, and I was very excited to see how the narrative would progress.


Unfortunately, we never got to see that. When it was cancelled, I was sad. Not as sad, mind you, as when Firefly (another Summer Glau show) was cast aside before its time, but still a bit adrift. I wish I’d known where the John Henry/Cromartie story was headed…and what the final trip to the future was about, and where the loyalties of Shirley Manson’s Terminator were leading us…but we’ll never know.

So how to rank the TV show?

Honestly, it had so much potential. I’d rank it after T2, personally, although it really only got exciting in the second season and left us hanging for the third. I’d watch it again, absolutely. At least this time I’d be prepared for the looming permanent hiatus status, and could appreciate what we did get.

Terminator: Dark Fate — Well, howdy ho; I’m excited. I’ll be seeing this one shortly, and understand the story picks up right after T2, creating cannon waste to everything that came after 1991. I’m okay with this, since Sarah, in the timeline from T3 and on, is dead.

I won’t hide that I dislike reboots in general (Ron Moore’s Battlestar Galactica aside), but if Linda Hamilton and Arnold himself are co-signing this new edition, I’m totally on-board. Where it will fit in the overall rankings remains to be seen. Soon, soon…

What is your ranking of the Terminator franchise?