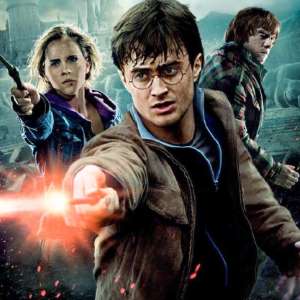 RunPee has an early showing of Fantastic Beasts 2: The Crimes of Grindelwald next Tuesday, November 13th, three days before the film officially opens. I’ll be attending in full Hogwarts robes, with my cherished Elder Wand, getting early Peetimes. In any case, this is as good a time as any to rank the 9 movies thus far in the Wizarding World, from least good to the best. Remember, though, any of J.K. Rowling’s wizard movies are better and more consistent than just about any franchise out there, save the superhero flicks in the Marvel Cinematic Universe.

UPDATE: Spoilers for the entire Harry Potter/Fantastic Beasts series starts here. Use a memory charm to forget what you’re about to read, if you’re not up to date with the series by 2020.

My  subjective list, from worst to best, including Fantastic Beasts & Where to Find Them:

10. Fantastic Beasts 2: The Crimes of Grindelwald – I’m not a huge fan of this second installment of Fantastic Beasts. Newt doesn’t have much to do and neither do the friends we got to know last time. Also, Johnny Depp isn’t really giving good Grindelwald. With three more FB movies on the pike, there’s still time to fix all this.


9. Harry Potter and the Deathly Hallows 1 – While there are some really good sections in this story (the Battle of the Seven Potters, the Gringott’s Bank Heist, the flight of the dragon, the scenes at Malfoy Mansion, and the tear-jerking sacrifice of Dobby), most of the film feels like the boring sections of the Lord of the Rings: to wit, there is a lot of walking, camping, and doing nothing. Also, the locket acts a lot like the One Ring, which feels more derivative than like an homage.

There’s barely any humor, the tone is depressing, the characters are mostly silent, and some scenes are among the only big misfires in the entire series (ie – the wedding, the visit with Xenophilus Lovegood, the creepy trip to Godric’s Hallow).  So it’s really the only middling chapter in a long series of grade A films. Something has to come in last in a list, after all.

8. Harry Potter and the Chamber of Secrets – I don’t like this one very much. I hate the spiders scene so much that I fast forward over the whole thing (I’m not an arachnophobe, but this is all still disturbing), Hagrid’s helpful presence is missing through most of it, and I didn’t enjoy his being blamed for opening the titular Chamber. The overall tone is more depressing than it should be so early into the longer story arc. The Basilisk doesn’t make much sense: he’s too big to roam unseen in the crowded Hogwarts Halls, or to fit through that toilet exit. Also, I’m not a big fan of the climax in the the Chamber itself, or the reveal about Ginny Weasley.

The good: the flight of the Ford Anglica, the trip to Diagon Alley, Kenneth Branagh’s amusing portrayal of Professor Gilderoy, and Hagrid’s apparent bit of talking to himself as he’s brought away by the Minister of Magic (“If I was looking for something, I’d follow the spiders.”) I’ve come to appreciate this movie more over the years, but it’s still the one I’m happiest to skip. Fortunately, things get a lot better very quickly in the next films.

7.  Harry Potter and the Sorcerer’s/Philosopher’s Stone (the title depends on which country you’re from) – This is lightweight, yet appealing fluff. It’s very truthful to the book, is adorably sweet, and ends on a low-stakes high note (Gryffindor winning the House Cup, a topic we never hear about again). The film does a good job introducing a large cast, which stays with us for the next ten years (Dumbledore’s actor aside, for unfortunate reasons of real-world death).  Alan Rickman’s Snape is better than the book version, and is overall is a better kiddie-movie than one deserves.  Most of the stage is set for the ensuing chronicles. The filmation is straightforward, yet deeply pretty.

We’re also introduced to the Hogwarts Houses, which kind of changed my life and how I view…well, everyone. Do you know your House? There’s a good Hogwarts house quiz I found — recommended!  (I’m in Gryffindor, but soooo close to Ravenclaw!)

6. Harry Potter and the Deathly Hallows 2 – I’d rate this finale higher if it was either more fun, or stood better alone. It picks up right after DH1, and maintains a breakneck pace for its rather long runtime. The battle is competent, and everyone involved put in a good effort. The aftermath is rushed, and the coda divided the fans. The best scenes start right after Harry uses the Stone, sees his loved ones, walks to his death, and visits the train station at King’s Cross, London.  Heartfelt, mysterious, clearly spiritual, and nicely tear-jerking. Answers that are non-answers are provided, leaving the viewer to decide what actually happened to Harry, and how he was able to defeat Voldemort. Once you puzzle it out to your satisfaction (ie  – Harry is a horcrux), you’re all set to let the real Battle of Hogwarts begin.

5. Harry Potter and the Order of the Phoenix  – I sometimes dislike this film, even though it’s really quite good and mostly by the book. It bothers me that Harry has a raging case of PTSD about the death of Cedric, and no one tries to help him emotionally. And I’m sad about Sirius  — he was my movie boyfriend, as far as I was concerned. I so wanted Harry to ditch the Dursleys and move in with his godfather. It disturbed me that Sirius spent the short remainder of his life in that hideous house that brought him nothing but pain…and it doesn’t help that it was Harry’s awful mistake  (and no small amount of teenage hubris) that led to his godfather’s death. I blame Dumbledore too — so much pain could have been averted if he’d handled that year better.

I also didn’t like that Kreacher’s backstory was mostly ignored. Kreacher’s journey is heatfelt in the book, and the movie lost a big chance to add a very poignant touch here. Apparently, Rowling had to insist on ensuring Kreacher was included at all.

High points in the film: Dolores Umbridge. She’s the kind of villain you love to hate. I hate her with the force of a thousand suns — a testament to good acting and marvelous casting. I actually think Umbridge is worse than Voldemort.

All the proclamations were good fun, and the Weasley twins’ exit, while not as good as how it went down in the book, was a definite highlight — as were the charming scenes where Harry taught Protection against the Dark Arts to Dumbledore’s Army.

4. Fantastic Beasts and Where to Find Them – Newt Scamander might seem an odd sort of fellow to base a five-part series around, but he’s odd in the good way; sweet, unassuming, yet very competent. He’s completely devoted to his creatures and their future survival…and in spite of being a bit socially awkward, attracts a nice trio of friends to help him save the world from evil wizards. I love Queenie and Jacob. I love the workshop and wildlife preserve in the suitcase. Newt’s an adult, unlike Potter and friends, and this makes for a tonal shift in the film. It’s less colorful and, well…”magical” — except when the fantastic beasts themselves come around. This is a film I like better and better upon every viewing. I’m truly excited to see how this series develops.

3.  Harry Potter and the Prisoner of Azkaban – Many people position this as the best of the series. It’s shot on location in the lush highlands of Scotland (places I visited to see the real deal in person, being a supergeek of all things Potter). Azkaban has a complicated, yet completely coherent story that other time travel movies should study. The direction is winningly stylish.

We’re introduced to Hogwart’s best teacher ever in Remus Lupin. This is where Sirius Black emerged, and began stealing my heart.  Our new Dumbledore was nothing like the previous one, but slid seamlessly into the role. The main trio puts in their first real acting performance — either the young actors finally settled into their characters, or the director led them there.

Alfonso Cuaron completely knocks this one out of the park. I wish he’d stuck around for the rest of the franchise. It’s simply glorious in direction, setting, and tone.

2. Harry Potter and the Goblet of Fire – I’m a sucker for quest-type stories like this one. It’s got recognizable act breaks between the three tasks, introduces great new characters, provides a lot of humor, and is the first film where the kids enter fully into teenhood. The Hogwarts characters we know and love are no longer children, and the pains/pangs of love emerge. I love this movie more than it probably deserves, but it also offers an astounding ending that changes the series forever. Here’s where the darkness finally takes firm root over the rest of the saga.

1. Harry Potter and the Half-Blood Prince – This holds a special place in my heart for being the funniest of the films, with a good mystery, a lot of Draco (always a plus), revealing much-needed backstory, is mostly self-contained, and provides the last calm before the storm of the war against Voldemort. Everyone’s on the top of their game in this one. (Yes, the book is far superior, but it’s also super long. This would have been a better choice to divide into two films, IMO).

If you’re a die-hard Potter fan, you’ll notice I didn’t include Harry Potter and the Cursed Child in this ranking. The last time I was in London, the play had not yet been created. The screenplay in book-format is a bit underwhelming. I’ll chalk that up to the medium: it’s meant to be performed to a live audience. People who’ve seen it have great reviews on the experience.  Next time I hit the UK, you can bet I’ll catch a performance. If you’ve seen it, please talk about what it was like in the comments below.

Every Harry Potter article on RunPee.com

And some featured posts:

Movie Review: Fantastic Beasts and Where to Find Them