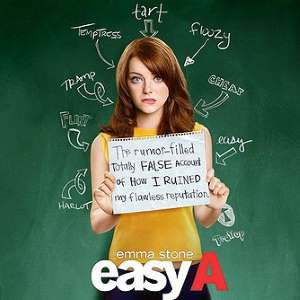 We consider an A, any A, from – to +, to be the best a movie in its genre has to offer. And while we sometimes — especially in long-running franchises — grade on a curve, we believe an A movie fulfills our expectations of a feature film of its type.

So while all movies in the MCU are at worst good and at best brilliant, we might bump some of those movies a grade lower than they would be, compared to other superhero franchise films. (The MCU is so consistent that we rate them in three tiers.)

Keep in mind, we consider a C grade a decent movie. C levels are, as with school report cards, indicative of an average score. It doesn’t mean it’s a bad film. Anything over a C-, from a B through an A+, is watchable... Just by varying degrees. If a film sifts down into the D+ through F- layers (yes, we have those sprinkled among our thousands of reviews), then the takeaway is: to what degree of badness is this one?


How to decide who reviews what?

The short answer: with only a handful of people getting Peetimes and reviewing a movie, we try to give each movie a fair shake by assigning it with the type of reviewer who likes that genre best. We want someone predisposed to like it, and has enough movie going under their belt to readily compare it to related entertainment forms. With Artemis Fowl, it was a no brainer: Rob loves the source novels. (That’s out of our hands if it backfires.)

Sometimes with the films generating the best buzz, often it’s a result of who lives in what timezone, as in: “Who can get the Peetimes first?” Or the film lands in blockbuster season and we all have to pitch in and watch everything. This can be fun, because, as in the immortal words of Forrest, Forrest Gump, “Life is like a box of chocolates. You never know what you’re gonna get.”

Movies are like that. The Lord of the Rings shines as a brilliant example of High Fantasy done right. The Hobbit is like a cousin’s course in how not to do it. Damn those chocolates, anyway.

Sometimes it’s messed up, and Dan is stuck with a horror show, Jill with a war movie, Sis on fantasy, or have Mom tackling science fiction. On those cases we let the reviewer have free reign to 1. review it as how they liked it, 2. try to review it as a fan/target audience might have felt about it, or 3. compare it to well-known and loved similar films that we all have somewhere, by cultural osmosis, in our heads. We’re just a small family doing our best.

Specific Breakdown of A Grade Films at RunPee.com

At RunPee we are laser focused on getting you the best possible Peetimes, in an assortment of scene breaks to get up and go. Reviews are almost an afterthought. Usually the Pee-on who got the Peetimes also ends up penning the review (there are exceptions for reasons that make sense to us at the time).

Starting with the best grade range, this post is all about the As.

What earns an A+?

An A+ is a film that gets it all right. The flaws are small and don’t detract from the plot, characters, or premise. It might be filmed in an unusual way that somehow doesn’t come across as a ‘gimmick’. There is usually some distinctive style that might later be lauded as iconic. The actors have gravitas, perfect comic timing, or are so utterly believable in their roles that you forget you’re sitting in a theater. Actor chemistry shines. There’s an undefinable luminosity to the project.

You might laugh, you might cry, you might cheer — maybe all of the above — but you will feel something. You walk home feeling different than you did going in.

From last year (2019), two uniquely posed features went out to atypical RunPee reviewers, both war-centered stories: Jojo Rabbit and 1917. Both had something that could have come across gimmicky: instead they made the movies great.

Not being professional members of the Academy, we just remember our socks being knocked off, for different reasons on each film. Both of the above movies went on to get awards and nods, so at least a few other people enjoyed them as top shelf works as well.

And it shocks me that 3 of my 4 favorite films last year were not science fiction or fantasy-based! (I usually avoid war-based films like a viral-based pandemic…) And now if you’re wondering about my other A+ favorites from 2019, one is Peanut Butter Falcon and the 4th is Avengers: Endgame. Only one A+ favorite is in my interest area? That’s how good these movies are.

Notice I’m not including set design or special effects as qualities for an A+. You can have design/effects be top of the line (City of 1000 Planets, or Ready Player One) and end up feeling meh. And then view a one man production with little to no props, and fly home on a cloud (a la Patrick Stewart in A Christmas Carol).

Of course, it didn’t hurt 1917 or Endgame to look as good as they felt.

Basically, if you are thinking something is transcendent or iconic, you might be in A+ Land.

What makes an A?

A true A is simply a GREAT movie.

I’d leave it like that, but for clarity, here’s some more. This is a thoroughly enjoyable film that transports the viewer using the above-mentioned criteria, but lacks the X factor to take it over the edge of perfection. Maybe the ensemble was stellar, but the villain was boring. Maybe the premise was fun, but the story didn’t quite stick the ending. An A movie is allowed a notable miss-step if the rest of the film is fabulous, but no more. Or…everything was right and dandy with no flaws, but barely missed that ‘luminous’ boat.

There’s no shame to getting ‘just an A.” When I list my top lifetime movies, very few of them are of the highest caliber we assign. Often a movie is otherwise so delightful that we can ignore Ronan the Accuser (ahem: Guardians of the Galaxy).

Who gets stuck with the A-?

Nobody gets ‘stuck’ with an A-. Unless you are an absolute film snob, everyone else will agree that an A- movie is a very good film. Not just above average (that’s for the Bs). All A movies are on some level of very, very good.

Things can get confusing if you’re not sure whether to give something a B+ or an A-, and this usually comes down to having however many nitpicky details or plot problems you’re willing to ignore.

One last word about an A

Some movies are grandfathered in with an A or even A+, even though it wouldn’t earn that kind of acclaim nowadays. We are a more sophisticated audience now.

If you watch Back to the Future today, you KNOW you’re going to be distracted by bad time travel science. Those fading pictures. Or Marty getting woozy and seeing his hands blur as he’s unbirthed out of existence. And not to mention retaining the memories of his old timeline in the denouement’s new one!

But we ignore all that because Back to the Future is so enchanting. Sometimes you need to let a MacGuffin be a MacGuffin: it gives us a plutonium-based Flux Capacitor in a DeLorean! To going 88mph in a sleepy 1950s downtown…after your mom comes on to you…where — GREAT SCOTT! — Doc Brown dangles off a clocktower and shouts 1.21 gigawats!

Jaws still holds up after all this time as an A+ movie, and in the same vein so does Jurassic Park, where in both cases the animal effects technology improved by leaps and bounds (or in these cases, swimming and running). But the characters work. The fantastic element of humans hunted by gargantuan man-eaters works. So what if Jaws trying to eat the good ship Orca looks ridiculous? It only means they’re gonna need a bigger boat. (And now I want a Jaws movie where the Great White gets eaten by Jurassic World‘s Mosasaurus. Oh, wait. That happened.)

In one case we have a chilling, simple two-note glissando lodged deep in our hypocampus. In the other, a soundtrack that has such beauty and majesty as to make one cry (and I do, every time: “It’s…it’s a dinosaur.”)

And in Jaws we get one of the best monologues this side of a Picard Speech (Quint’s Indianapolis recollections).

What about older A+ movies?

How do you decide what gets an A rating after watching a film? Please add your opinions in the comments below.