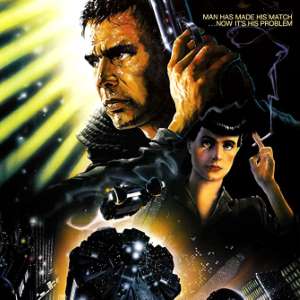 Blade Runner is a great science fiction movie because it inspires the viewer to ask a fundamental existential question: am I really who I think I am if my memories are implanted? I have memories of my childhood that influence who I am today, but I’m not that child. I don’t share a single cell in common with that little boy who lived 40+ years ago, yet I think of him as me. I understand and remember the lives of some fictional characters better than I remember my own childhood. What makes my memories of childhood any different than fiction — especially when research has shown that many of our memories never happened in reality?


I share identical DNA with that young boy, and there exists a contiguous path from him to me through space-time. Is that enough to say we’re the same person? I wonder how many professors of philosophy today can trace the inspiration that drove them to their current position back to Blade Runner?

If you’ve never seen Blade Runner then by today’s standards it may seem derivative, but only because it laid the foundation for so many science fiction movies that came after. (If you’re currently watching Westworld on HBO then you have Blade Runner to thank for it; if you’re not watching WW then why the hell not?) When you look at Blade Runner in historical context with other movies you can see why it’s the icon it is. In fact it’s so good that it wasn’t immediately understood or appreciated when it was initially released. It wasn’t until people began watching it on VHS/Beta that it began to appreciate its genius.

Blade Runner is loosely based on a short story by Philip K. Dick, who sadly passed away just months before its release. PK Dick found little success during his life, but perhaps more of his books and short stories have been adapted to the screen than any other author. Not many authors are prolific enough that a top 10 list of their adaptations can be discussed, let alone a top 10 list that leaves a few out.

The plot of Blade Runner requires some mental excavating to fully appreciate, but visually it warps every conception of the future that existed in the 1980s. Most science fiction at the time was inspired by Star Trek or 2001: A Space Odyssey. Most often the future was visualized as crisp and clean, full of gleaming plastic, steel, and glass. Blade Runner opens to an over industrialized vision of urban life. There are flying cars, but also run-away climate change — it’s rainy and dark in every outdoor scene — rampant crime, and vast under population due to so many people leaving the planet — J.F. Sebastian has an entire apartment building to himself.

Blade Runner will remain a cornerstone of science fiction. We still have a few decades to wait and see just how prescient the movie is in regards to artificial life, a.k.a. replicants.

We now have Peetimes up for Blade Runner on the RunPee app. Just do a search for the movie title on the top right menu in the app. Do you agree with the Peetimes we chose?

chevron_left Our farewell message to RunPee fans on Facebook
Is there anything extra during the end credits of Blade Runner? chevron_right