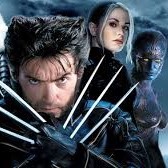 Superhero ensemble films owe a huge debt to the X-Men franchise. Without the thoughtful world-building, frequent levity, and sparkling dialog characterizing the best of the X-Men films, we’d have no Marvel Cinematic Universe. No Avengers, no Endgame, no Iron Man!…just somber Batmen parading by in rubber suits. X-Men blew jaded audiences away, until the franchise shat on their own continuity. But when they were good, they were very, very good.

Of course, any ranking list will be subjective. That’s all the disclaimer you’re going to get from me. With no further ado, here are my top to bottom favorite X-Men films, including Dark Phoenix. (But not including Deadpool. I don’t consider those X-Men films, no matter what Wade Wilson tells you.) Also: Spoilers ahoy.

The X-Men Films, Ranked From Best to Worst

But since we’re not including Deadpool in the X-Men rankings and we’re striking Origins: Wolverine from cannon, none of this matters. 🙂


Agree with my rankings? Hate them vehemently? Comment at will below.

Seriously, ignore him. He only thinks he’s an X-Man.

Hugh Jackman Admits He Never Knew What A Wolverine Was

chevron_left How movies earn an A Grade at RunPee
Epic cast reunions – Ghostbusters, Back to the Future, and more chevron_right