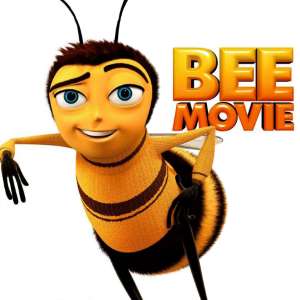 We’ve discussed movie reviews in the A range at RunPee before, but what about those Bs? To be clear, we consider a B movie as good to very good. But then what do we look for in a B film?

A B+ movie grade is for very good films. We dicker and dither a lot about B+ movies. A B+ movie can even be great, but falls just shy of having that indefinable sense of seeing a movie in the A range. There’s no sense of iconic greatness.

It can be riddled with plot problems — but usually has some great characters,and some good laughs. However, it’s just simply not good enough to win any awards. It’s not striving for that.


For example, I adore the 2nd and 3rd Jumanji remakes. They are beautifully crafted, with a sweetness and sparkling cast chemistry. But does it reach A- heights? No.

Just because I kind of love these modern Jumanjis they are allllmost an A-, but I realize the plots are ridiculous and mostly predictable. In fact, it’s completely a MacGuffin type throwaway: the main attraction lies in the fish out of water characters dealing with silly situations.

B movies make for great rewatch value, and can even become perfect ‘background films’ — the kind you’ve seen many times and later on, at home, you put it on the TV while you’re cleaning house, or cooking, or doing something that doesn’t require intense concentration. (If that’s not clear, you can ask what I mean in the comments below.)

A B rating determination on a movie is generally super clear. It’s a good show, and usually we consider it a ‘popcorn flick’ — one where you sit back, relax, and disconnect your brain. Plotholes, shmatholes. The villain might be silly or boring, the plot somewhat ludicrous, but the characters are usually fun, have good chemistry, and it’s a nice little bit of escapist fun. Think: the Fast & Furious franchise, for a perfect example. Parachuting cars for mountain races….flying a car through skyscrapers in Abu Dhabi…these are highly unlikely events, but make for stand-out set pieces, and you just love going for the ride.

(And now I’ve used Dwayne Johnson, AKA The Rock, twice in my B movie grades. I think he’s good in his genre, but not a great actor. So he’s an easy choice for examples. Plus, he’s very fun in his action flicks, of which there are MANY many.)

Going with The Rock again, look at subpar action movies that are good enough, but nothing that will end up on your rewatch rotation …like San Andreas. This action flick has some decent set pieces, but are often so unlikely that they draw you out of the action. They simply don’t get that B movie sense of fun…when truly impossible action scenes are a too silly or by the motions, you know you’re in the B- kind of film.

So, to sum it up, B- films are quite enjoyable, certainly above average, but kind of barely. These are fun in the theater, but forgettable by the time you get home.

But the takeaway is: they aren’t C movies. That’s usually clear to us when we make our reviews. C’s are just…well, average grades. Sometimes it seems like all we watch are C movies (or worse), so ending up with a B range feature is a big relief to us at RunPee.

A word about old movies

Some movies we loved in the past decades just don’t hold up over time. In this case, something we felt was an A film in the past gets downgraded to something in the B range. Other times, a movie that would have been a B back in the day now gets upgraded to an A, simply because we grew to appreciate it over time. Or possibly it became a cult classic.

Look at the beloved Princess Bride, or Pitch Black/Riddick, which were received as mediocre…and then by virtue of time and DVDs, became A range classics. Or rewatch the much lauded 1980s John Hughes films, which (except for The Breakfast Club), now seem horrible dated, irrelevant, and frankly silly.

If you haven’t watched Pitch Black, by the way, you’re missing a wonderful flick. And it has Vin Diesel, who is not The Rock, even though they can be somewhat fungible. (Said with apologies to The Rock and Vin…I love you both.)