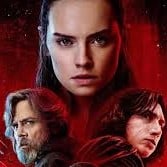 Do the characters in Star Wars — movies ostensibly depicting future lives and worlds — pass the Bechdel test? I was up too late one night and decided to think this through.

What is the Bechdel test, you ask?

It’s generally accepted as whether a work of fiction features at least two named women who talk to each other about something other than a man. That’s it. Shouldn’t be too hard.


Being a woman, I know I have many conversations with other women that don’t revolve around men. Even in my hormonal teens I had plenty of things to discuss — classes, my future, the state of the world, astrophysics (hey — I’m a geek).

I’m not trying to promote an equality agenda here, but I do find all this, as Spock would say, fascinating. Understand that passing or failing this test doesn’t mean the movie is better or worse for it. It’s just a criterion that hasn’t been considered much, until lately. (Gender equality can be an inflammatory topic, but it really doesn’t need to be.)

For the sake of this article, we’ll just look at the movies in the Star Wars universe. I’ll keep it brief and assume you remember the names of the characters.

Star Wars and the Bechdel Test

Listed in chronological universe order, and let me know in the comments below if I missed something. (All links lead to our reviews of that movie. Eventually I’ll get them all done!)

The Phantom Menace — No. Padme and her “loyal bodyguard” don’t actually talk to each other. Padme and Shmi don’t chat.

Attack of the Clones — No.

Revenge of the Sith — No.

Solo — No. The one time Qi’ra and L3 talk, it’s about Lando Calrissian. Next.

Rogue One — YES! Young Jyn Erso and Lyra (her mother) talk, briefly, about the Khyber crystal. We will say this counts, even though it’s slim pickings.

A New Hope — This is the 70s. We’re just lucky Princess Leia can shoot a rifle.

The Empire Strikes Back — Nope.

Return of the Jedi — No and no. Not even Mon Mothma can help us here.

The Force Awakens — Yes. Maz Canata and Rey talk together about Rey’s past in an interesting, important scene.

The Last Jedi — Yes, but barely. Leia and Holdo do talk to each other, but it’s mostly about Poe. Some of it concerns the mission, so that’s something.

Rise Of Skywalker — A clear YES! Rey and Leia have an extended conversation early on after the training montage. Rey also shares some nice words with Zorii Bliss towards the end.

How do other series perform on the Bechdel test?

Other films worth thinking through are in the other big franchises — namely, Star Trek, the X-Men, and the Marvel Cinematic Universe. Offhand, I know for sure there are two named female characters that speak to each other about something other than a man in Captain Marvel, but that’s a really late entry in the Infinity Saga.

Plus, that was the first movie showcasing a woman as the main superhero. I also recall in Guardians of the Galaxy Vol 2 that Gamora and Nebula discuss being sisters without referencing Thanos, so that’s there too. I’m not sure X-Men heroes Storm and Jean Grey have any conversations at all. Can anyone add something that stands out? (Comment section is below.)

There’s also the world of Harry Potter, which I think might perform better, possibly between the sisters in the Fantastic Beasts films. Grist for another article, another time.

chevron_left Mandalorian Season Three is Going to Happen! (spoiler free news for Mando fans)
7 Ways to Keep Your Sanity While There Are No New Movies chevron_right