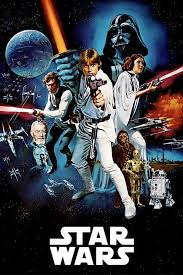 What is rewatchability? It means I can put in a movie and watch it all the way through for fun, over and over and over again through the years. (This is different than having a movie on in the background while cleaning house or something…that’s another category). I want something to lift my spirits, which is why a really great movie like Rogue One is not in the top half, for me.

Your mileage may vary, of course. That’s what makes movie lists fun.

Suffice to warn you now, there are Star Wars spoilers ahead!

I know everyone’s list will be different. Ultimately, any Star Wars is better than most sci-fi out there. Feel free to discuss The Mandalorian, which is superior Star Wars, but ain’t a film, and is on-going, so I can’t in conscience list it here.

Here’s the list of all 11 Star Wars movies (in production order) if you want to copy/paste/rearrange into a comment below, to add your own rankings.