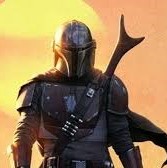 I know we’ve only seen season one of the groundbreakingly unique Star Wars TV show The Mandalorian. And it was, well, fantastic. Somehow Disney and Lucasfilm brought back the magic. Now we’re getting a great little quarantine-era gift: there will be a third Mando season.

And I’m not going to spoil any of it for you if you haven’t seen The Mandalorian yet.

What’s interesting about this third season announcement is that the second season hasn’t aired yet. And while season one ended on a high note that could have been a satisfying enough series finale, fans are grateful there’s more to come.


We’ve all been burned by new TV series being cancelled just as it got good. Mando was actually good right out of the gate! With competent writers, directors, and actors helming the bounty hunter based show, Star Wars fans got a little bit of the acclaimed Rogue One look/feel, but with better pacing and more nicely developed characterization.

Fortunately, we don’t have to wonder what happens after the first season came to a somewhat bombastic, open-ended, and frankly triumphant close. (Especially for fans of the Star Wars Extended Universe. Damn. I’d love to discuss this all here, but you have to go see Mando first.)

But when is the second season of The Mandalorian?

Good question. The premiere date for Season 2 is October 2020, which seems like a galaxy far, far away right now, but — hopefully — like a vaccine for CoVid-19 – will land here eventually.

Variety announced: Sources close to the production have confirmed that creator Jon Favreau has been “writing season 3 for a while.”

We’re talking about Jon Favreau! One of the best things to best things to happen in the last decade has been the long running Infinity Saga of the Marvel Cinematic Universe. We really have some great talent, like Favreau, to thank for getting things off the ground in the MCU (ie: Iron Man). A lot of big MCU names are working closely with The Mandalorian, including renowned Thor Ragnarok director Taika Waititi.

By the way, the above-linked Variety announcement has season one and season two spoilers. Just in case you’re out of the loop, I’ve given you the spoiler-free facts here. I’ll add this though, in a roundabout way: if you haven’t seen the popular animated Star Wars: The Clone Wars TV series, now would be a good time.

The Mandalorian is on the Disney+ premium channel. If the other new Star Wars stories coming down the pike (like the as-yet-unnamed Cassian Andor and Obi-won Kenobi shows) are as exciting, then science fiction and fantasy fans will find it worthwhile to add Disney+ to their pay-for subscriptions. Mando’s really that good.

Fingers crossed that Star Wars will remain better at movie-quality TV than with their actual movies these days.

chevron_left RunPee Weekly Newsletter 11th edition (May 27th, 2020)
How do the movies in Star Wars stand up to the Bechdel test? chevron_right