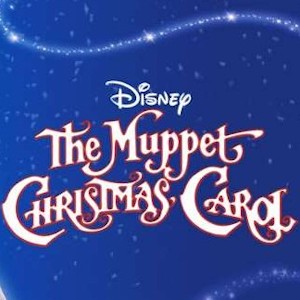 Maybe it’s a generational thing. I was starting college for the first time when The Muppet Show was first aired. I’ve never seen Sesame Street. Well, not more than the odd clip on TV; enough to be aware of some of the history of the beasts. Throw into the mix the absence of children to have to entertain, and it’s fairly easy to see why I only have a nodding acquaintance with Kermit, Miss Piggy, Fozzie Bear, etc.

I was aware of The Muppet Movie, The Muppets Take Manhattan, Muppet Treasure Island, and all the rest but, like The Muppet Christmas Carol, I haven’t seen any of them. I just haven’t any attachment to the franchise and have learnt to live with the people who say, “What? You haven’t seen ‘insert random Muppet movie’!”


What Fresh Hell Is This?

But life is hard, wolves gather at the door, and, when I get ordered to do things for RunPee, I have little recourse and must put myself through all manner of trials and tribulations. And so I find myself sitting, with a very large mug of coffee, in front of the TV with The Muppet Christmas Carol cued up, and just waiting for the button to be pressed on the remote control… And, a little under an hour and a half later I’m sitting and thinking that it was not a bad way to while away the thick end of a morning.

Fortunately, at about ninety pages, it’s a short story almost so it doesn’t take long to re-read!

You May Be An Undigested Bit Of Beef

A Christmas Carol is, let’s be honest, quite a relentless, dark, gothic tale with only the redemption in the final chapter (Staves as Dickens called them) to lighten the mood. Death, ghosts, poverty, misery… fa la la la lah.  So is it a suitable subject for a kid’s puppet film? Well, Disney did have another go at it nine years earlier with Mickey’s Christmas Carol in 1983 so they must have thought it was adaptable. Throw in the majority of the cast being multi-coloured felt animals and it’s hard to see it as anything other than a children’s film.

That doesn’t mean there can’t be the odd line or bending, not quite breaking, of the fourth wall. “This is really scary,” observes Rizzo the Rat following the appearance of the first ghosts, “Should we be worried about the kids in the audience?” “It’s all right,” responds Charles Dickens, (The Great Gonzo), “this is culture.”

And even someone with as minimal exposure to the cloth characters as I’ve had would be expecting a Muppet feature to have a fair few songs scattered through it. Actually, it was the songs that led to the scariest scene… Michael Caine singing. To be honest he wasn’t too bad. Way better than the male leads in Mamma Mia! Quite sensibly, Michael Caine’s Scrooge is played straight, and the laughs are left to the Muppets; there’s no winking, gurning, or even the slightest attempt at a joke from him.

Gawd Bless Us, Every One

As I said earlier, songs aside, there is a pretty close correlation to the original but there are a few changes. Jacob Marley becomes Jacob and Robert Marley mainly to give parts to the theatre box hecklers Statler and Waldorf. Narration is by Charles Dickens, as it is tacitly done in the book, assisted by Rizzo, which is an addition. There are plenty of little cameos for mice, cats, and many other animals. Those few things aside it follows the book quite faithfully but still manages to get plenty of laughs.

Kids will like it if they like daft puppets being silly and it’s not too scary for them as even the ghosts are fuzzy little puppets. As an adult there’s enough to keep you entertained unlike some children’s films I’ve sat through; bored to death but sat next to a rapt six year old who you know is going to want to watch it again.

chevron_left Is there anything extra during the end credits of Wonder Woman 1984?
Christmas Rewatch Review – The Polar Express chevron_right