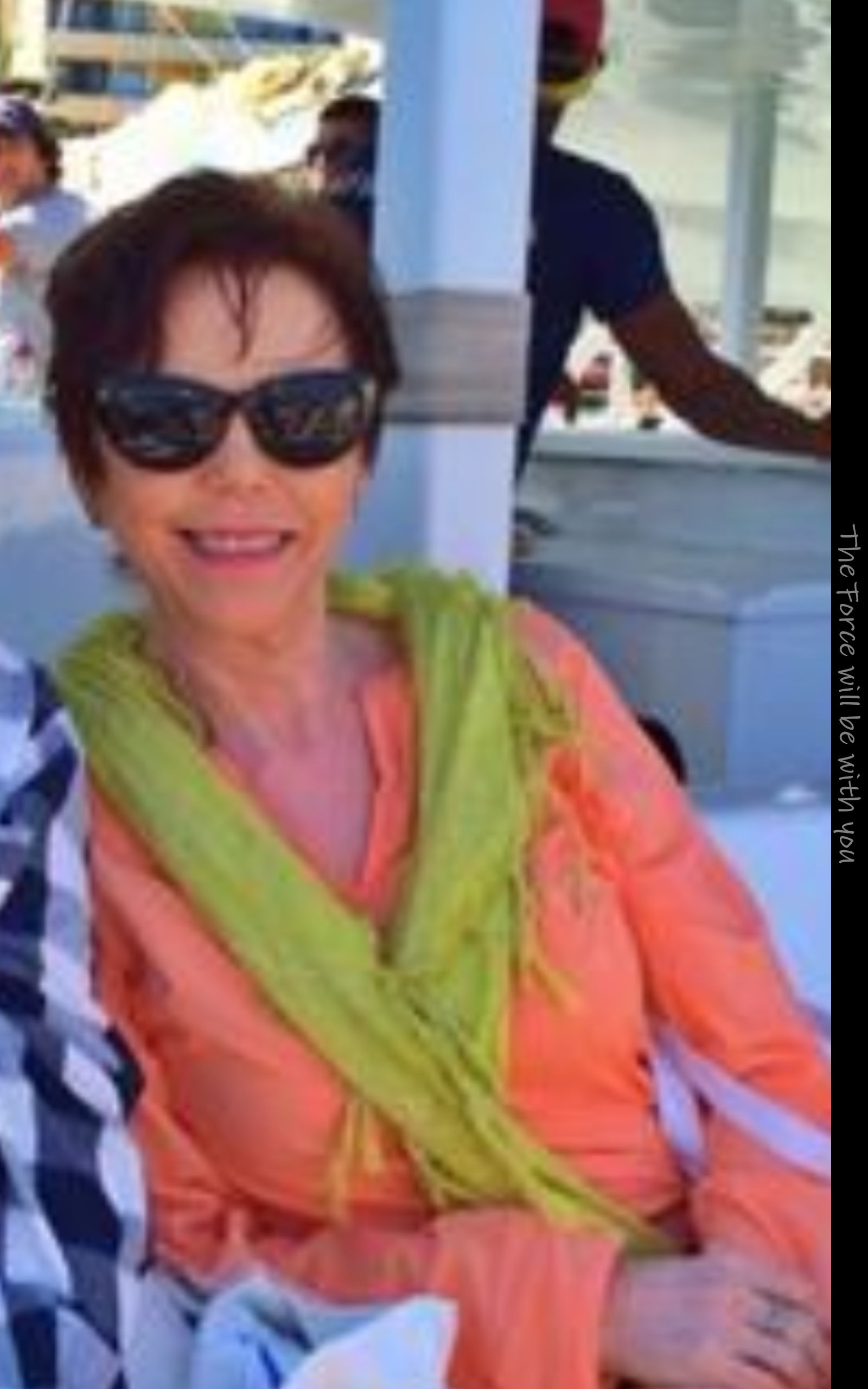 Ginger “Sarcasm is my middle name” Gardner, AKA Dearest, best known here as RunPee Mom, is a staunch supporter and utterly crucial pillar to the RunPee enterprise. She sees movies every week – sometimes more than one film – and carries the ball for the business when the rest us of have to drop it. She most often gets Peetimes for the kiddie flicks, but is happy to see serious dramas, lighthearted comedies, and (almost) anything in between, as needed. RunPee Co-Creator Jill decided to highlight her important work and history with us.

Jilly: Hey, Dearest. Do you like seeing movies for work each week?

Ginger: I love it. It’s what I live for. Because I love movies, and enjoy providing a very good service for movie-goers. And I love to be proud of my son [RunPee Creator Dan] for having developed it, and I am proud of being a part of it.


J: What are your first memories of RunPee?

G: When my son told me he had this idea in his mind, I thought, “Well, I’m not going to discourage him. He sets his mind to something – it will happen. He takes kooky ideas and makes them great.” I remember the first movie I did Peetimes for: Drag Me to Hell. It was a nerve-wracking experience. I was not accustomed to watching a movie and writing. My learning curve was, “What makes a good Peetime?” I’ve now seen movies for RunPee all over the United States.

J: I remember you were the first person to think to get us real publicity for RunPee. What was your idea?

G: I remember on Saturday mornings I would listen to Leo Laporte’s AM radio show. I was addicted to listening to him – I loved his voice and his tips. He loves new things. I called Dan and told him to call LaPorte and they did an interview, and that was when NPR heard it and also called on Dan for an interview. It really took off when Dave Barry heard about RunPee and got involved. That was huge.

J: Lol, true. There even was a RunPee limerick posted on Dave Barry’s site. That was cool. What is your favorite part of this work?

G: Actually watching the movies – watching them with a critical eye. Not seeing movies just for pleasure, but for others to see my work. I try to do as good a job as possible, to provide a pleasurable experience. Truly, a critic should rate a movie based on the target audience. There are no movies out there for everybody. Sometimes I am at a total loss myself as to who the target audience is. Like with Moonlight, I walked out of there furious. Who was the audience? Then there is The Good Dinosaur. A really good little movie, but the critics slammed it for ‘having been done’. The target audience is CHILDREN, and for them it hasn’t been done. They are a new audience every year.

J: I know the professional critics are a “thing” with you. I like your reviews, and how you direct them at the audience who would most like the film in question. Besides those critics irking you, what would you say is the worst part of working for RunPee?

G: I can’t go run and pee during a movie. I have been known to make a two-minute run and come back in – I wait until I get a really good Peetime first.

J: What are your favorite movie genres?

G: Historical movies. But they can be frustrating because you know the true history, and they get it wrong. Take Braveheart. They took a lot of latitude with the real story, but I love it. I think Private Ryan is THE real historical movie to go see. It’s a damn fine piece of historical drama, even if it is fiction. I can watch about any doggone movie. They don’t make me cry – that never happens to me. Except recently The Shack made my heart clench – it was heart rending – I did get choked up in this one scene.

J: And your favorite movies?

G: I have quite an eclectic list. The Green Mile, Braveheart, Saving Private Ryan, Shawshank Redemption, Hacksaw Ridge, Signs, Fargo, Close Encounters, Lincoln, Monty Python and the Holy Grail, 12 Years a Slave, Thelma and Louise, Toy Story (all of them were extraordinary), Snow White, Cinderella. All of those are my top movies. And Wizard of Oz – wait, no, save that for RunPee Sis!

J: You can have it too. What would you like the future of RunPee to be?

G: Becoming more widely used throughout the world. I think there will be an increase in the number of downloads. It’s not a very old app – only 6 or 7 years – it’s not reached its peak. It’s exciting to see! I look forward to it becoming a household word. I expect that it will. I know it will have reached its peak when it becomes the final Jeopardy question – “The Category is Apps.”

J: We WERE an answer to a question on Who Wants to be a Millionaire? As I recall, the contestant got that one wrong. Poor dude. He should have known. 🙂 So, what would you like to tell people about RunPee?

G: RunPee was developed by a family, owned as a family-run operation. We saw all the movies and got this off the ground ourselves. We put our heart and soul into this. We’re no conglomerate. We take so much pride in the family business.