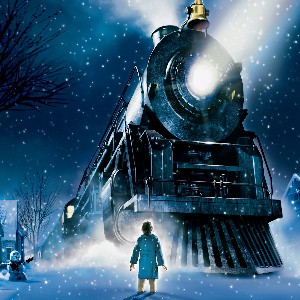 I wonder if Tom Hanks is held in the high regard that he should be over that side of the pond? Over here actors like Patrick Stewart, Ian McKellen, and Helen Mirren are regarded as national treasures, and there is a genuine feeling of warmth that you get when you hear their voices. This thought came to me as I started watching The Polar Express and heard Tom hanks saying, “On Christmas Eve, many years ago, I lay quietly in my bed.” I know that the internet is rife with articles full of examples of how Mr Hanks is the nicest man in the world, possibly tied with Keanu Reeves, but I hope everyone realises how lucky we all are to have him.

A quick scan through Hanks’ IMDb page shows that I’ve seen a third of his films, and I always find him great value. In fact, of the thirty odd films of his I’ve seen, ten per cent are on my “when you can’t be bothered thinking, just watch this” list: Apollo 13, Catch Me If You Can, and Bridge Of Spies, if you’re interested. So getting to see him (sort of) several times in The Polar Express was a bonus.

Tom Hanks has no fewer than six roles in The Polar Express, and that’s just acting roles. As well as The Conductor, The Hobo, Scrooge, Santa, The Hero Boy, and The Father. (He was also The Executive Producer.)

Having said that, only five of the six acting parts are all Hanks… The Hero Boy is performed by Tom, but voiced by Daryl Sabara of Spy Kids fame. In fact, all the children’s roles are acted for the motion capture stuff by adults, and then voiced by child actors. Whether this was because it was early days for motion capture and might prove confusing for the kiddies, I don’t know, but that’s how it was done.

I said it was early days, and that is so very true. It is in the Guinness Book of Records as the first film made with 100% digital capture.

It’s also the first film to be shot in 35mm and IMAX 3D, and Warner Brothers’ first computer animated film.

Does it show? Well, frankly, yes. It doesn’t stand comparison to something like the The Lion King remake, which had every hair and fibre animated separately…probably. When I rewatched Arthur Christmas the other day, I discovered that their Santa had 900,000 individual animated hairs; the Santa here is drawn with a much broader brush. Also the characters look like they’re being played by tailor’s dummies; little facial movement, and skin smoother than a baby’s bottom filled with botox.

Are You Saying That This Is All Just A… Dream?

So, while it’s technically years behind modern computer animation, is it watchable? Yes, and not just for the esteemed Mr Hanks but, on the other hand, no, because there are things which even I, as a child brought up in the laissez faire sixties, balk at. The story is of a child at “that” age, when they are beginning to stop believing in Santa and how important belief is.

Well, important if you want to hear a silver bell — how far blind belief should be spread isn’t covered. He is lying in bed on Christmas Eve and hearing his parents moving around dropping off presents and comes to think there is no Santa. Then a huge train arrives… The Conductor steps out and invites The Boy on board.

He does a perfect “shall I, shan’t I,” which I remember from childhood. Unfortunately, this is one of the problems… the film encourages children to get into strange vehicles when invited to by unknown adults. If I were watching this with children of that age I’d have to have words with them afterwards!

You should know that there are similar arguments to “is Die Hard a Christmas film?” — some people are asking “is The Polar Express a horror film”?

It is a bit spooky; there are ghosts; there is a fair amount of threat and peril, and I think very young children may be distressed by it. You should know that it was written by Chris Van Allsburg, who also wrote Jumanji and Zathura.

Maybe I’ve been watching too many Christmas films lately, but the bell at the end reminded me of a smiling Jack Skellington from The Nightmare Before Christmas! Still… older children may well enjoy it.