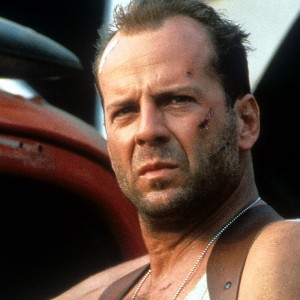 Bruce Willis is scheduled to be in TEN movies coming out 2022, and none of them are in the MCU (Marvel Cinematic Universe). I’d love to know why he is making so many movies of dubious quality: bills to pay, lost a bet, trying to increase his IMDb Filmography score? Why Bruce? Why?

And it’s not like he’s working with dog meat in every movie. Among his costars are John Malkovich, John Travolta, Frank Grillo, Luke Wilson, Theo Rossi, Michael Rooker, and Mustafa Shakir.

Here are the ten movies Bruce Willis has coming to theaters this year, with a brief plot summary. See what you think:

A Day to Die

Plot: After killing a drug syndicate member while protecting a parolee, Connor Connolly has one day to pay two million dollars in reparations he doesn’t have to Tyrone Pettis. He is forced to ask his old military ops crew, led by Brice Mason, to come together and somehow get two million dollars before Connor loses everyone he loves.

Plot: A man implicated in the triple homicide of three Hollywood starlets begins his own investigation. Needing assistance, he enlists the two detectives on his tail in order to expose a conspiracy more explosive than any of them imagined.

Plot: A meth amphetamines cook hunts down the former Police chief of a small town in order to silence him before he can deliver eyewitness testimony against his family, but ultimately finds himself up against more than he had bargained for.

Plot: When his daughter is brutally murdered and legal justice looks unlikely, William Duncan takes the law into his own hands, setting out on a quest for retribution. After killing the street thug who was directly responsible for her death, he finds himself in the middle of a war with the thug’s brother, Rory Fetter, and his gang, who are equally hell-bent on getting even for their fallen member. What ensues is a tense back-and-forth game of one man’s thirst for vengeance over another’s. William comes to find that the quest for revenge always has the same ending.

Plot: Set in the world’s most dangerous maximum-security penitentiary, home to the most treacherous criminals, tensions among the inmates and staff heighten, leading to anarchy that engulfs the prison and order is turned upside down.

Plot: A man dies as part of an experimental military program. A former black-ops soldier takes his place to find who killed him.

Plot: An ex-marine enforcer must battle his conscience and code of honor when he is forced to do things for the mob.

Plot: Ryan Swan must carve his way through the Hawaiian crime world to wreak vengeance on the kingpin who murdered his father.

Plot: Follows Eddie Flynn, an infamous Irish arms dealer who is on the run after a bloody gang war and ends up in the States as a middleman for the Baja cartel.

We were literally just wondering why Bruce Willis hasn’t been in a lot of movies lately, and the answer is here: he’s been saving them all up for 2022.

I guess the initial plan wasn’t really to release ten minor films in one year, but we all know how the pandemic has changed the face of cinema. Things are backed up and put off. Maybe Bruce just wants to get these movies off his schedule, do or die.

Do any of these non-blockbusters sound exciting to you? A few could be good. Hard to know — these seem like Liam Neeson-type actioners. Which is not a compliment. We like Liam at his best, but his choices sometimes seem like he wants to be a B (or C, even D) movie action star. Bruce shouldn’t follow his lead, but what do we know?