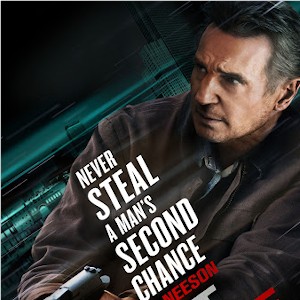 I can’t recommend seeing Honest Thief; not even on DVD/streaming someday; it offers nothing to the genre worth sitting through.

The story is painfully predictable. The characters are cardboard. The acting is uninspired. I can’t fault the actors. There’s not much they could do with this plot and dialog.


Here’s an example of how predictable, and unrealistic, the characters behave. In the climatic scene the bad guy finds out that Liam Neeson’s character planted a pressure sensitive home made bomb under his driver’s seat. If he gets out of the seat, the bomb will go off. Predictably, the bad guy sits nervously and waits for the bomb disposal unit to arrive and save him, and then gets arrested. All the while he has three million dollars in the back seat.

What’s totally unrealistic: all movie long Neeson’s character has been made out to be the good guy who does the right thing. A realistic ending would be for the bad guy to call his bluff on the explosive. There’s no way Liam would put the bomb disposal personnel at risk. It was obviously going to be a dud. But the bad guy never questions it.

If you’re desperate for your Liam Neeson fix, just pick from any number of his previous movies and skip this one.

About The Peetimes: I would recommend the 2nd Peetime. There’s no action or plot development and the synopsis is really short. This movie is pretty short, only an hour and a half, not counting the credits.

There are no extra scenes during, or after, the end credits of Honest Thief. (What we mean by Anything Extra.)

chevron_left Indie Movie Review – The Luring
Rumors: will Tom Hardy be the next Bond? chevron_right