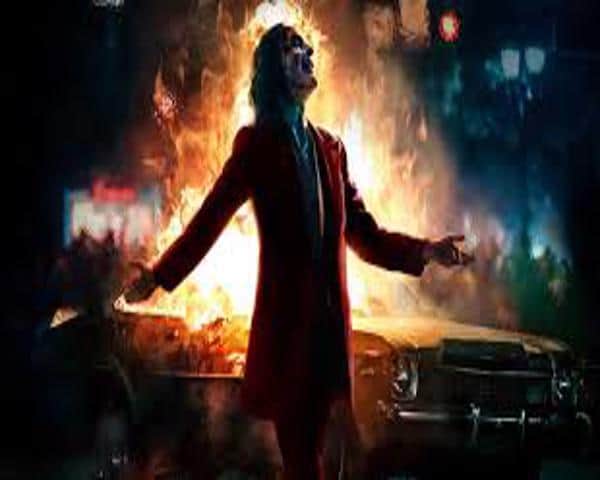 Joaquin Phoenix as the Joker

Ask people to name the first three superhero villains they can think of, and you’ll probably get “the Joker” from everyone. There’s just something about the character we’re drawn to, for some reason. Perhaps it’s the secret appeal of being able to cast aside the rules of normal society, or perhaps it’s simply the striking visual mix of acid-green hair and the purple suit against a white-painted face. Perhaps it’s the inherent fear of clowns that most of us share.

Whatever the reason, there’s no denying that Batman’s greatest foe is certainly a fan favorite. He’s appeared in every type of media there is and been brought to life by some of the biggest actors in Hollywood. But which performance was the best? Below is an attempt to answer that question in chronological order.

2 out of 5 painted-over mustaches

The very first actor to bring the Joker to life, Cesar Romero’s performance was… something. In fairness, the classic Adam West show had a campy feel that a more serious Joker simply would not have worked in — and Romero’s constant laughter did set an iconic precedent for all the Joker laughs to come. His completely over-the-top portrayal was rather brave, and others might even rank him higher for sheer silliness and wild abandon.

4 out of 5 dances with the devil

While Cesar Romero may have beaten him to the screen, it’s fair to say that Jack Nicholson set the stage for the way the Joker would be portrayed for the next thirty years. Equal parts darkly funny and terrifying, Nicholson’s Joker was an unexpected twist for viewers who were used to the comedic interpretation. For the first time, we had a Joker that was actually scary — and we loved him for it. He had the perfect blend of traits: a dash of whimsy, a veneer of sarcasm, a complete disregard for the rules of society. Nicholson’s Joker brought us everything from bone-chilling threats to acid-spraying boutonnieres, and somehow managed to make it all work. Not even his rattling false teeth or pop-off fake hands could make us think of him as less of a villain.

4 out of 5 maniacal laughs

When it comes to Joker portrayals that are truly Mad Hatter-mad, there is no substitute for Mark Hamill. From his signature cackle to his dramatic delivery, this Joker is every bit as committed to hamming it up as Romero before him, but Hamill manages to make it electric and slightly terrifying. You can’t help but take him seriously, even though he doesn’t seem to have a serious bone in his animated body.

To many of us, he will always be the voice of the Joker, no matter how many other actors come after him — and that’s only fitting, considering what a wonderful job he’s done across so many mediums, from TV to video games to theme park rides. To rank Jokers purely based on the number of times he’s played the role, there is no competition.

5 out of 5 pencil tricks

If Nicholson brought a new level of terror to the Joker, Ledger kicked it into high gear. This Joker is absolutely no laughing matter. It’s what makes Ledger’s performance so lauded, even years after this death. For the first time, we get a sense of how truly powerful this character can be. And it’s not his mania that chills our bones, though Ledger brought plenty of that to the role.

But the terror of this Joker comes from the way he amplifies all the scared, lonely, desperate parts of our hearts. This Joker has a way of bringing those parts of people to life, because why wouldn’t you run away and protect your own when someone that chaotically evil is around? What’s the point in order, in the rule of law, in a sense of fair play when someone is stacking the deck and changing the rules at random like it’s a deadly game of Calvinball? For this reason, Ledger’s Joker will stay among the greats for many decades to come.

3.5 out of 5 ambiguous origins

Is he the Joker? Or just a cultural predecessor, a source of inspiration that the “real” Joker would later pick up and run with? Both the show and the showrunners imply the latter, even passing the mantle from one twin brother to the next, though the series finale does try to leave it open for interpretation. But it’s fair to count him either way. From the painted smiles to the maniacal laugh almost worthy of Hamill himself, to Monaghan’s flair for theatrics, he certainly plays the part of the Joker with style. And the dual performance as both Jerome and Jeremiah allow us to see the range of Monaghan’s expression, as one actor who took on not just two, but three different “variations” on the Joker.

Props to the actor for pulling it off with aplomb, but unfortunately, this same variety means if there’s one you don’t like as well as the others, it drags the whole ranking down.

1 out of 5 ill-conceived tattoos

Come on, is anyone surprised by this ranking? Leto’s Joker in Suicide Squad had all the subtlety of Romero (which is to say, absolutely none) without any of the campy charm. He managed to be somehow both over the top and lifeless at the same time. This won’t even get into his weird, gratuitous relationship with Harley Quinn. This Joker is non-threatening, uninspiring, a joke of a villain. He’s every generic gangster we’ve ever seen. Worse, he adds absolutely nothing to the role. His performance is forgettable, his laugh unmemorable. You can strike him off this list as easily as a copy editor might strike off a paragraph in a script, and you won’t have lost anything.

3 out of 5 obscure villain sidekicks

Even villains want to feel like they matter to somebody. In Lego Batman, we get a Joker unlike any other — one who’s so desperate for Batman to admit that they’re arch-enemies, that he will stop at nothing to prove his point. And while the performance probably wouldn’t have worked in a live-action Batman movie, there’s more than enough to love about him in the Lego-verse. The shock that he feels upon discovering he does not matter to Batman! The heartbreak! This Joker is easily the funniest on this list. But while the humor works for this particular movie (and works really well), ultimately it’s just not as memorable as the more nuanced performances.

Love it or hate it, you can’t deny the amount there is to unpack and discuss about this latest entry into the Joker mythos — or the quality of the performance that Phoenix delivers. This is hands-down the most unique portrayal of the Joker to date, with a backstory that hits hard. Humanizing the character like never before, Joker delivers a powerful message about just how easily people can snap and become monsters. Phoenix’s acting is top-notch, equal to any other Joker to appear on screen, as he manages to be both heartbreaking and horrifying at the exact same time.

The only reason for the half-point deduction that lets Ledger come out on top is because the Joker in this movie doesn’t believably ever go on to become the comic book supervillain we know his character becomes. It’s not that he isn’t capable of the violence and chaos involved, but none of the chaos he inspired in the movie is planned. (And that’s even assuming that the more dramatic aspects of the movie actually happened.) While he acts as a rallying cry for the disenfranchised in the film, it’s hard to picture him leading a gang of merry troublemakers around the streets of Gotham to do his specific bidding.

Still, there’s no denying the impact this movie will have on not just Joker performances, but on superhero movies in general. And time will show what kind of cinematic chaos erupts from this game-changing performance.

Joker is now available at Amazon.com on DVD/Blue-ray.

Jill Florio gave it a grade of C+. You can read the complete movie review here.

What DC Can Learn from Marvel Movies

2 thoughts on “All Joker Performances — Ranked”