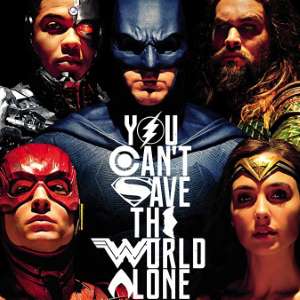 This awesome 10-minute video (below) by ScreenRant picks apart how and why the Marvel Cinematic Universe kills it over the DC Extended Universe. You may be a bigger DC fan over Marvel, but it’s hard to argue the MCU movies are more inspiring, with strong character beats and good-natured humor…while DC limps along being largely morose. This might change with the Aquaman film (he was quite amusing in The Justice League, along with The Flash). And then there’s the really fun-looking trailers for the upcoming April 2019 release of Shazam.

I think DC might be getting the picture: stop with the grim, and come in with the ability to transport fans to a place where they can let go of their worries and enjoy a couple of hours at the cinema.

Marvel used humor way back in the beginning  (ten years ago) with Iron Man 1, and upped the comic ante with time and expertise — just look at Guardians of the Galaxy or Thor: Ragnarok, and most of the latter film entries. Those are beautiful films and also carry important messages. Did “We Are Groot” make you tear up? How about as Peter Parker cried under the rubble, then realized no grown-up was going to swoop in and save him? Did you enjoy when Ant-Man ecstatically learned he could join the ‘real’ heroes in Captain America: Civil War as a certified Avenger, or when Black Widow asked Hawkeye, mid-fight, if they were still buddies?


There’s a lot to deconstruct with Marvel, and that’s not EVEN getting into the masterpiece that was X-Men’s Logan. (Which I have seen only once because extracurricular crying is not on my list of daily fun stuff.)

In any case, I think DC might be getting the message. When James Gunn was unceremoniously fired from Disney’s Marvel world, DC eagerly snapped him up, to do for Suicide Squad what he did for Guardians of the Galaxy. I’m sure this wasn’t a good move for Marvel, but hey — we’ll get what I expect to be a fantastic treatment for Suicide Squad, on a premise mostly squandered before.

So, enjoy this video about what Marvel does that DC needs to emulate: