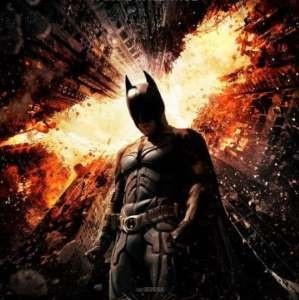 The Dark Knight Rises is an epic spectacle to end an epic trilogy. But is it good? Yes, it is good. But not great. I think everyone was hoping for a legendary movie that would cement Christopher Nolan’s Batman as one of the great movie trilogies of all time. But, in my estimation the series peaked in the middle with The Dark Knight.

I re-watched the first two Batman movies in the trilogy last night so they are all fresh in my mind. I was hoping that Rises would better its predecessor, which would be quite an accomplishment. But in my estimation it fell just a little short even though it was an entertaining movie.

My biggest gripe about the movie is the soundtrack. I’m a huge fan of Hans Zimmer and he did compose a very good score that resonates with the action. But the music level is played blaringly loud over a lot of the dialogue. The dialogue is still understandable but it took an effort to understand and was very distracting.


The performances were all exactly what you would expect from the cast – exceptional. And the casting of Anne Hathaway as Selina Kyle and Joseph Gordon-Levitt as John Blake were perfect. I was especially impressed with Hathaway’s performance. She carried a lot of the movie and had the only humorous lines in the entire movie.

For me the movie falls short in the story and plot. It just didn’t have the emotional impact that I had hoped for. I can’t really go into details without revealing some spoilers so I’ll just leave it at that.

Not only will *Rises* be compared to the other 2 movies in the Batman trilogy but also to the two other 2012 superhero blockbusters: The Avengers and Spider-Man. In my estimation *Avengers* is far and away the best movie of the three. I would call it a tie between Batman and Spider-Man. The former is more grand and the latter has far more humor.

About The Peetimes: I think the last two peetimes work best – if you can hold it that long. The peetime at 59 minutes has some important plot points that are summed up. The first peetime leads into some good action scenes so try not to be late if you use that one.

There are no extra scenes during, or after, the end credits of The Dark Knight Rises. (What we mean by Anything Extra)