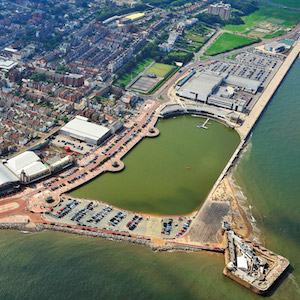 There are times when you’re watching a film and you pause a second and think, “that place looks familiar,” and there’s usually a reason for that.

The most obvious one is that it is somewhere well known and you are meant to know where the action is taking place. If we’re in Paris, the Eiffel will peek coyly through every window, skylight, doorway, or side street that you pass.

Similarly, if we’re in London it’ll be the Elizabeth Tower…that’s Big Ben to those of you happy not to be plagued by accuracy. New York will be showing off the Empire State Building. When in Rome there will be a scene driving around the outside of the Colosseum. Let’s go to Athens and there’s The Parthenon.


Hollywood conveniently has its name in 45’ high letters on the side of a nearby hill.

Then there are places that have been, how shall I say, recycled?

For example, Central Park has been seen in over five hundred films since 1908’s silent version of Romeo and Juliet.  Ghosts have been busted, Sally met Harry, Avengers arrived, and men dressed in black have all been seen there. Incidentally, that’s the Central Park in New York City, not the one in Birkenhead which it was based on.

Across the other side of the United States, you’ll find Bronson Park, Los Angeles. This too has been the location for many film and TV outings but, to my mind and generation, probably the most famous is the hole in the cliff that the Batmobile used to come hurtling out of.  Also in Los Angeles is Vasquez Rocks, which has been seen almost as often and was many planets in the Star Trek universe.

And then there’s the other reason; you’ll be sitting at home or in the cinema, watching a film or TV show, and something will pop up on the screen and you’ll think “wait a minute… that’s down the road from here!”

As anybody who’s read any of my articles knows, I’m from the UK.

To be more precise, I’m from The Wirral Peninsula, which is a 24*11km rectangle of land nestled between Wales and Liverpool; wedged between Anthony Hopkins and Catherine Zeta-Jones on one side and Stephen Graham and Jodie Comer on the other… I can think of worse places to be.

Yes, it’s a small place. Hell, most Americans think the whole of the UK is tiny so what they would make of a piece of land about one-thousandth of that? They’d probably think something like, “that was about the size of our backyard when I was a kid.”

So we’ve established that I come from a pocket handkerchief-sized area of a small island attached to the second smallest continent on the planet. The assumption has to be that there would be virtually no/zero/nil times that my neck of the woods would ring to the cry of “Action!”

But you’d be surprised. Do you need a street scene set in New York between the world wars? Perhaps New York in some sort of depression era? Maybe just a run-down, dilapidated New York? Liverpool, Liverpool, Liverpool!Just St George’s Hall has been in over twenty films ranging from the Wizarding World to Tolkien’s hometown. Liverpool has over fifteen hundred IMDb location references.

However, that is Liverpool, which is very well known thanks to a famous pop group of the sixties; managed by Brian Epstein, recorded by George Martin, and having their first three singles going to number one. Yes, of course, I’m talking about Gerry And The Pacemakers (other Liverpool-based groups are available).  The fame and the Victorian architecture are what makes Liverpool the stunt double of choice for New York as well as other American cities.

But I wanted to talk about The Wirral where I was born, raised, and have retired to.

The fame part can be taken out of the equation; when asked where they come from most people from around here will just say Liverpool because it saves any blank looks and the need for further explanation… I know, I used to.

Well then… has my neighbourhood appeared in anything I’ve seen? Actually, yes! Quite a bit if I’m honest. One bit that has been in a few things and I’d say bridges Liverpool and The Wirral if it wasn’t singularly inappropriate because that thing that bridges The Wirral and Liverpool is a tunnel; one of three that runs under the Mersey.

The first one was a rail tunnel that opened in 1886. Then there came two road tunnels; Queensway opened in 1934 and Kingsway in 1971. It’s the Queensway one that keeps appearing in the films. This, older, tunnel was planned at the tail end of the horse and cart period, and is a much more twisty turny affair to take the gradient down to something the horses could cope with. As a result, it isn’t as well connected to the motorway network and so can be shut down more easily.

So have you been on a virtual trip through the Mersey tunnel?

Well, yes, if you’ve contributed any part of the two billion dollars plus taken at the box office not to mention the earnings from the home viewing market. The biggest earner was Harry Potter And The Deathly Hallows: Part 1. The bit near the beginning, where Hagrid and Harry are driving along the roof of the tunnel is about half a mile from where I’m sitting.

In Jack Ryan: Shadow Recruit the bit when Jack rides a motorbike down a tunnel after a van is an unused spur off the main tunnel. I do remember seeing an NYPD police car parked at the entrance. The scene halfway through Yesterday, when Jack and Ellie are dancing in an empty concrete tube, is in the Mersey Tunnel but, helpfully there is a graphic that comes up and says where they are. It doesn’t explain how they got down the no pedestrian tunnel or where all the traffic and litter is though. Apparently, there’s also a scene in Fast & Furious 6 shot down there but I haven’t seen that one.

And all that is from just one small stretch of road. We’ve had all sorts around here…

Meryl Streep was here for Florence Foster Jenkins. Sitting in my Starbucks one day there were all manner of lights being shone in through the windows while Tim Roth filmed the third series of Tin Star. Samuel L Jackson and Robert Carlyle filmed The 51st State partly on the promenade by the Egerton Ferry. Robert Carlyle returned to film his TV series Cobra in New Brighton.The Oscar-winning Chariots Of Fire used the Bebington Oval as a stand-in for the 1924 Paris Olympic Stadium and Woodside Ferry terminal as the embarkation point at Dover. I think that they had to make it look a bit older and shabbier but they managed to get away with it. The local papers have been full, recently, of sightings of Rebel Wilson making her new film The Almond And The Seahorse.

Not everything takes place on a constructed set, sometimes it’s out in the real world. Perhaps someone should write a book about that…

chevron_left Is there anything extra during the end credits of West Side Story?
Christmas Documentary Review – ’Twas The Fight Before Christmas (2021) chevron_right