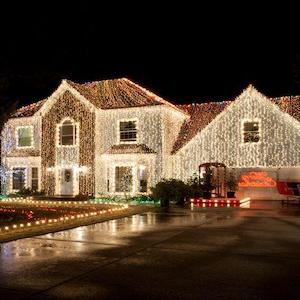 ’Twas The Fight Before Christmas (2021) from Apple TV+ is another of those films that emphasises the difference between the USA and the UK. Over here we’re only vaguely religious in the main. By that I mean that when you go into hospital they always ask your religion. The majority will say C of E even though the last time they were in a church was to be baptised. In actuality they will never, by choice, walk through the doors unless it is for a wedding, christening, or funeral. I am, rapidly, approaching my mid sixties and have never had a neighbour ask me which church I went to or if I’d like to go to their church. It’s not so much a question of privacy, just that not many people go.

Similarly, I’ve never, ever, said grace before a meal. No one I’ve ever eaten with has ever suggested it and I do know some, by our standards, quite religious people. Whenever it happens on a, usually, American film or TV show we tend to think, “How quaint/odd/eccentric/bizarre,” depending on how generous we’re feeling. In school there used to be an assembly that consisted of “a hymn, a prayer, and a bollocking” but then the religious element was removed which just left the bollocking.


Over here we take the separation of church and state seriously and are quite happy that way. As Ricky Gervais said, “A Christian telling an atheist they will burn in hell is about as scary as a child telling an adult they won’t get any presents from Santa.”

Having said all that I think I know enough about what Christians are supposed to be like but, sadly rarely are. Douglas Adams summed it up nicely in the introduction to The Hitchhikers Guide To The Galaxy… “One man had been nailed to a tree for saying how great it would be to be nice to people for a change” — and it is by being nice to people that I try to live my life. I’ve worked with homeless families, dispensed medicines in the community, volunteered in charity shops, etc. but I’ve done all that either as a job or as a way to give something back. I’ve never felt the need to do any of that because I was being watched by something omniscient and omnipresent, but strangely unwilling to do anything to stop people from being homeless, falling ill, or needing help in other ways.

I just thought it was a good thing to do and, I’ll admit, it felt good. Oh, if it hasn’t already become obvious, I’m an atheist. I also don’t understand why so many people who shout out loudly about being a “Christian” act in the most unchristian way.

Enter Jeremy Morris, who compares himself not getting a permit for an event drawing thousands of people into a quiet residential area to the people knocking down the Berlin Wall not having had a permit.

He then goes on to describe what he is doing is a miracle and miracles don’t need permits. Mind you, he also takes Clark Griswold as a role model.

On top of that, I had problems with Jeremy Morris because he looked like Kier Starmer but sounded like Michael Scott.

You Don’t Need Permits For A Miracle

On first sight, Jeremy Morris seems to be a nice affable sort of chap. He even says he was told not to appear in the film because they’ll make him look like a crazy person. As it turns out, “they’ didn’t need to do much work. He says “he is the only American, probably the only person in the world, who has been banned by a federal court from decorating for Christmas.”

Mr Morris is being disingenuous though; it’s not just the decorations that got him into trouble, and the starring role of a film — it’s the nuisance and disruption. He organises huge events that attract, literally, thousands of spectators down his quiet street in his quiet neighbourhood.

Now, the problem with documentaries like ’Twas The Fight Before Christmas is that you don’t know how much is down to editing. The impression you get of Jeremy Morris is that he is a cruel, manipulative bully. He is a champion of people’s rights, providing those people have the same beliefs as he does…and to hell with anyone else. When people agree with him everything is wonderful, even if they are gun-toting, ultra right-wingers who just go around looking for fights. When they don’t they are sent from Satan, a communist, corrupt, or all three. He is a lawyer, so legal fees are, pretty much, zero for him, but he can threaten anyone who stands up to him and he does.

A truly horrible man whose philosophy appears to be that of a spoilt child…I can do what I want and you can’t stop me.

‘Cause Neighbours Are Important

At the end of the day the people I feel most sorry for are his wife, Kristy, and his children. The children never had friends calling around to play with them. There is a scene that shows Jeremy’s young son just being an excited toddler. However, that upsets Jeremy’s train of thought and he is not happy about it.

Kristy only wanted to settle into a nice area, make friends, and “make cookies for them”. She seemed genuinely upset that no one would speak to her, presumably because her husband had introduced himself to the neighbours by threatening to sue them.

There is a scene at the beginning which seemed to me like a textbook example of coercive control. They have gone to buy a Christmas tree…

Kristy – Honey, it’s too big for the dining room.

Kristy – I think we need to scale it down a little.

Jeremy – This is the one.

Kristy – No it’s not, it’s not going to fit in our house.

Jeremy – I know but just listen to me, if you love me you’ll let me get the big tree.

chevron_left You Can See My House From Here… Wirral and the UK in Film
Documentary Review – The Beatles: Get Back chevron_right