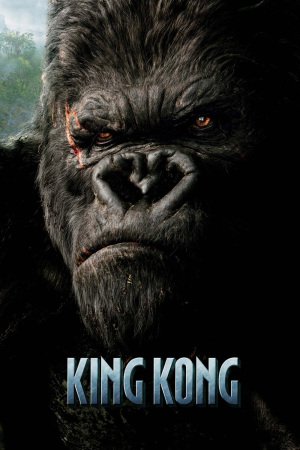 Peter Jackson, coming off the high of his fantastic Lord of the Rings saga, was permitted to make a really, really long love letter to Kong, King of Monster Mammals. His big ape movie went on and on and on…for 3 hours and 7 minutes. Dan and I sat there, holding it in…and talked about how we wanted to tell the waiting queue to pee during the vile, unnecessary Valley of the Bugs scene (you know the one, with the Andy-Serkis-slurping slugs. Seriously: gross, man).
It was so agonizing to sit through this film, that we thought it would be great if there was a website telling people exactly when to run and pee in long movies, so no one would miss the good parts. Thus, the idea for RunPee was born. We owe a huge debt of gratitude to Peter Jackson and King Kong.
But, is this a good movie?
We’d have to say, cautiously, yes. It is assuredly an epic, often capturing the emotional spirit of the 1933 original. Aside from being wildly overindulgent and often tedious, it’s a credible ride. There are some moments of real heart, and the production values are top notch: Jackson clearly spared no expense. When things weren’t busy being disgusting, the island was super pretty. The dinosaurs were cool, and Kong himself looked amazing. Finally, a Kong that looked real, with expressions and nuance.
The ape scenes with the girl are the best – sensitive and funny, well-acted and well-written.
The Skull Island scenes, however, are uneven – while everything with Kong was great, the explorers lacked spark or likeability. In New York we get the same thing – the Central Park scenes with Kong and his girl are adorable, but the finale on the Empire State building is laborious. We wanted the giant gorilla to get it over with and die.
In the end, it’s a bloated movie. The stuffing was overbaked, and the actors (besides Naomi Watts) didn’t bring anything to the buffet. Jack Black was a muddled mess, and Adrian Brody barely made a showing. No one else was memorable at all.
It’s been my opinion that Jackson needed a firm editor with his material, to pare things down and keep the pacing tight. This was overkill – like no one wanted to be the one telling the successful Lord of the Rings director when to stop. There’s nothing wrong with a long movie – *Titanic* shows us how it’s done – but there wasn’t enough excitement or depth to fill out the running time. There is plenty of spectacle, and you can feel the loving hand behind this remake, but it’s basically a two hour film padded out to an excessive three. ‘Tis a pity, because this easily could have been an A film. But if it had been, there’d be no RunPee.
B-
Facebook
Twitter
Pinterest
LinkedIn