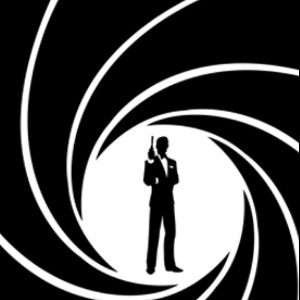 Spectre was the last Bond film released in theaters.  It’s hard to believe it’s been six years.  For those wanting a refresher before No Time To Die, I recommend going back to Casino Royale (2006) and watching all four Daniel Craig films.  Be sure to pay attention to Mr. White.  He becomes a crucial character in Spectre and so does his offspring.


SPOILER warning: This post contains spoilers for Spectre.  If you haven’t seen it yet, you may want to stop here.

What I Love About Spectre

This is one of the under-loved Bond films and I’m honestly not sure why.  It’s got a great villain, some beautiful cinematography, good performances all around, some fun action scenes, and plenty of suspense.

Spectre has the most beautiful opening scene in the entire Bond series.  Director Sam Mendes used 1500 extras to bring to life the Day of the Dead festival scene in Mexico.  Using that many actors is a rarity in an age where everything is done with greenscreen and digital effects.  I highly recommend the documentary about the making of this scene that is on the Blu-ray.  The first half of the scene is one continuous shot.  The costumes are beautiful and seeing all of them together creates an awesome effect.  Director Cary Fukunaga has revealed that there will be no opening stunt for No Time to Die which bums me out.  In the latest entry in the series, the opening scene will focus on a character other than Bond.

Spectre has two of the best explosions in the series.

Spectre marks the return of Blofeld

The character had not been seen on screen since the 70’s (or the early 80’s if you count Never Say Never Again).  Christoph Waltz gives an amazing performance as the recurring villain.  He has the sinister sophistication of a good Bond villain.  Waltz’s Blofeld gets some of the best dialogue in the entire series.  (“Me.  It was all me, James.  It’s always been me.  The author of all your pain.”)  The character Blofeld was tied up in legal red tape for years.  I’m so glad he can be part of Bond’s adventures again.  I’m excited to see his return in No Time to Die.

Blofeld isn’t the only returning villain

Mr. White (Jesper Christensen) appears in Spectre as well.  He arguably redeems himself by turning against the Spectre organization, helping Bond find Blofeld, and protecting his daughter.  He gets the second-best line of dialogue in the film.  (“You’re a kite dancing in a hurricane, Mr. Bond.”)

The plot is topical, raising questions on how much right the government has to spy on its citizens. Max Denbigh (Andrew Scott), who Bond nicknames C, pushes through legislation that will allow the world governments to watch everyone all the time, even the double 0’s.  Denbigh makes for a good secondary villain even though he looks like an emaciated Mark Ruffalo.

Lea Seydoux is one of my favorite Bond girls

She’s stunningly beautiful.  She seems like a damsel in distress at first but shows that she can hold her own.  As the daughter of Mr. White, she hates the lives of spies and villains and has tried to escape from that whole scene.  Then she gets pulled back into it as she and Bond fall in love.  It’s a compelling narrative.  I’m glad she returns in No Time to Die, making her relationship with Bond one of the few that lasts for more than one film.

Ben Whishaw puts an interesting spin on the character Q

I haven’t seen the first three Daniel Craig Bond films since they came out and didn’t have time to review them before seeing Spectre.  So it took me a while to warm up to Whishaw’s version of the character.  He’s more timid and soft-spoken than Desmond Llewelyn and John Cleese were in the role.  But he still has satisfying exchanges with Bond as they both grate each other’s nerves.  (At one point, Bond pushes Q to the point that he says, “I really, really hate you right now.”)  Q is also the unsung hero of the film.  He’s central to the plot this time as opposed to merely being a side character and the third act hinges on his abilities.

Like Q, M is more central to the plot this time than usual.  One of his best moments is a blink-and-you-miss-it scene where he gives a farewell speech after the dissolution of the double 0 program.  M’s scenes with C make for a strong, satisfying subplot.

We actually get to see Moneypenny with a hookup for once instead of pining for Bond.  Past movies have hinted she has a life outside Bond (such as the date she alludes to in Goldeneye), but this may be the first time we’ve actually seen it.  She’s even in one of the suspenseful climax scenes, seeing more action than she usually does.

The car chase isn’t the most memorable though it does have some fun moments.  For once, the gadgets on Bond’s vehicle backfire.  The guns aren’t loaded.  The radio is set to 009’s poor taste in music.  Bond actually gets to use the ejector seat at the end.

While the story is fascinating and boasts a strong villain, some of the action scenes are lacking and aren’t as much fun as other Bond outings.  Of course, that opener is a hard act to follow.  The two chase scenes involving planes are a highlight.

Dave Bautista is wasted in a role where has no dialogue, except for one expletive he utters before his death.  His hitman, Mr. Hinx, could have been a better character if he were allowed to speak.

Opening stunt:  Bond chases an assassin through the streets during the Day of the Dead festival in Mexico and hijacks his escape helicopter.

Title theme:  Sam Smith sings the title song.  While I hate his hit single “Stay With Me,” I kind of like this one.

Connection to a previous film:  Mr. White, who has appeared in two previous films, makes a deal with Bond to protect his daughter.  Blofeld reveals he has been pulling the strings the entire time, unseen by Bond.  He killed all the women in Bond’s life.  Blofeld’s father taught Bond to ski and hunt.  This is referenced in Skyfall.  Blofeld, of course, has his signature cat with him.  Bond tells Lucia that his friend Felix (who figures into many of the Bond films) will take her to the embassy and get her to safety.

Sam Mendes brings the action in this installment, just like he did with Skyfall.  It’s hard to separate Spectre from the rest of the series.  Yes, it can stand on its own as most Bond films can.  But it’s much richer if you’ve seen the previous three films.  And if you’ve seen some of the other great portrayals of Blofeld.  The strong performances in Spectre really make the film and are a large part of why it’s worth revisiting.