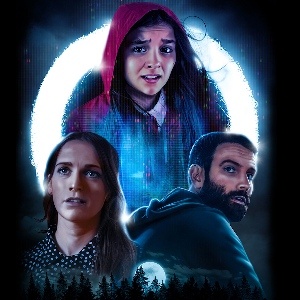 I know that the big studios have been panicking about their health and, indeed, long-term future, which explains why so many blockbusting tent poles were withheld and all the fuss over Tenet being released.

The main fear is, presumably, that people will get out of the habit of getting out of their comfy armchairs and making their way to the, usually, even comfier chairs in the cinema. To be honest, though — there is another reason the big boys need to be worried… the pandemic has brought out new levels of creativity and innovation within the smaller studios.

Working under the strictures imposed by various levels of lockdown has brought out the creative best in a number of companies.

Only a couple of weeks ago I had the pleasure to watch Fizz & Ginger’s Infinitum: Subject Unknown and today I got to watch an advance screening of Repeat from Body In The Box. Both filmed under the direst of straits, yet both managed to disguise that fact and, at the same time, produced works that could confidently stand alongside the mega-budget offerings of the big boys. Also, both had managed to get big names on board… maybe they were going stir crazy and keen for the chance to do anything but, whatever the reason, I’m glad they did.

Repeat tells the story of university lecturer Ryan (Tom England) who invents a machine that, a bit like Cole Sear in The Sixth Sense, allows him to hear the dead. Unfortunately, his elation at this discovery is dashed by his twelve-year-old daughter, Samantha (Ellila-Jean Wood), disappearing without a trace. Although semi-successful public showings of the machine generate some interest and prove that it works, he is still struggling to offset the time it is taking up versus the family time it’s costing; the rest of the family is Ryan’s wife, Emily (Charlotte Ritchie).

Actually, the only problem I had with Repeat was that I struggled to believe Charlotte Ritchie was a mum of a 12-year-old… it was only five minutes ago that she was the teenage student Melissa ‘Oregon’ Shawcross in Fresh Meat!

Necessity Is The Mother Of Invention

Incidentally, I mentioned earlier about the smaller companies taking advantage of the situation and a great example of that is the poorly attended public demonstrations of the machine. Under normal circumstances, there’d be an auditorium full of people. A joke about it not looking like many more people were coming allowed there to be a small audience who were all socially distanced but, when all the Plague 2.0 nonsense is finished, it won’t be dating the film as being shot in lockdown.

Another follow-on from the public demonstrations was a poignant and powerful cameo by Nina Wadia as Megan being given the chance for the last word with her deceased husband. I know Ms. Wadia has been in lots of things over the years but I always remember her from Goodness Gracious Me.

Can You Hear Me, Mother?

I was sent a review link this afternoon and, not having anything better to do, I put it on. To be honest, I was sold on the idea of a watch when I saw that Charlotte Ritchie and Nina Wadia were in it and, if I’m really honest, I’d watch them in anything! Hell! I’d watch them peeling potatoes.

But slotted between their names was Tom England who, again being honest, I’ve never heard of. A quick look at his IMDb page shows he only has one other acting credit and that’s in a film called Cosmos a couple of years back. However, a quick look at his bio and you see that he has a fair bit of theatrical experience and that is definitely on display throughout Repeat. Just as well, as he virtually carries the film! My next task is to try and track down a copy of Cosmos as well as keeping an eye out for anything he does in the future.

So, with regard to front-of-camera talent, Repeat is in very good hands. What about the people we don’t get to see? The direction was by Grant Archer and Richard Miller; I’m not sure how they divided up the chair time but they made a seamless transition between each other’s work. Richard Miller also wrote the story — and what an interesting and thought-provoking film he has made.

Just imagine, you have a machine that lets you talk with the dead and your only child has gone missing… would you use it? There’s more, including possible inclusion in… well, that would be telling! Just go and see it when you get the chance.

Is there anything extra during the end credits of Tenet?