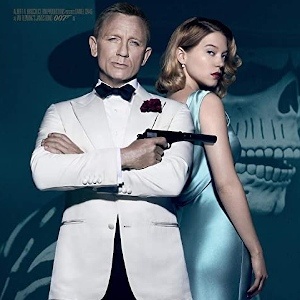 Dr. Madeleine Swann is a major character in the Bond franchise, set to reappear in No Time to Die.  In the trailer, Oberhauser warns Bond, “When her secret finds its way out, it will be the death of you.”  Who is this beautiful girl with a deadly secret?  What is her relationship to Bond?  And how is she connected to Mr. White?  Keep reading for a refresher.

NOTE:  Things are about to get SPOILER-y.  If you haven’t seen the first four Daniel Craig Bond films, you may wish to skip this article.  Also, the best and most fun way to catch up on who Mr. White is and why he and Madeleine are important to No Time to Die is to go back and watch Daniel Craig’s run of Bond films so far.  If you don’t have time for that, however, keep reading.

Mr. White is an important part of Daniel Craig’s Bond run.  He appears in three of the films and his actions arguably influence the plot of No Time To Die.  Mr. White (Jesper Christensen) works for an organization known as Quantum.  According to the James Bond wiki, “The organisation exists in the shadows, and is known to contract third parties to avoid implicating itself. It is connected to the highest circles of government and corporate power in the world.”  In Casino Royale, Mr. White introduces Steven Obanno to Le Chiffre, a private banker to terrorists.  Obanno gives Le Chiffre a large amount of money to invest.  Le Chiffre ends up losing the money because of Bond.  When Le Chiffre sets up a high stakes poker game to recoup his client’s money; he loses to Bond again.  Le Chiffre takes Bond and romantic interest Vesper Lynde prisoner.  He tries to extract the bank account number where the winnings are being held from Bond by torturing him.  Mr. White bursts in and kills Le Chiffre for betraying his organization.


Bond is betrayed by Vesper, who ends up drowning.  Her back story:  she was threatened with the death of her lover if she didn’t become a double agent for Quantum.  M figures out that Vesper must have made a deal with Mr. White to spare Bond’s life.  Bond tracks Mr. White down, shoots him in the leg, and announces his identity with the classic line, “The name’s Bond.  James Bond.”

Mr. White in Quantum of Solace

Bond kidnaps Mr. White and brings him to an MI6 safehouse.  M interrogates Mr. White, but he manages to escape.  He warns M that his organization has people everywhere right before M’s bodyguard attacks her.

Mr. White resurfaces at the opera Tosca in Austria.  He and several other Quantum members have a secret meeting during the show by using earpieces.  Bond tricks them into leaving the theater and takes photos to identify them by.  Mr. White doesn’t fall for it, remaining in his seat.

Bond attends a mysterious meeting (later revealed to be members of Spectre) where an assassination on The Pale King is ordered.  With Moneypenny’s help, Bond figures out this is Mr. White and seeks him out.  Mr. White is already dying slowly, having been poisoned by Spectre.  He turned against them and stopped following Oberhauser’s orders.  Mr. White asks Bond to protect his daughter, psychologist Dr. Madeleine Swann, in exchange for her help finding Oberhauser (aka Blofeld).  Once Bond accepts, Mr. White kills himself using Bond’s gun.  Bond goes on to find and fall in love with Dr. Swann.

This is like some Greek tragedy level stuff.  Bond pursues White for revenge for Vesper’s death (a revenge he never truly gets to take).  White is somewhat redeemed by breaking ties with Quantum and thus with parent organization Spectre as well.  He finally pays for his sins by being poisoned.  He kills himself to ensure Bond keeps his promise.  Madeleine is the only other person with the knowledge Mr. White has about Oberhuaser and Spectre.  Then Bond falls in love with Madeleine, the daughter of his previous nemesis who killed himself with Bond’s weapon.  Whoah.

Who is Dr. Madeleine Swann?

Madeleine Swann (Lea Seydoux) is a French psychologist and the daughter of Mr. White.  They were close when she was younger (as evidenced by the photos on the wall in the hotel L’Americain).  As she grew older and became more aware of his villainous dealings, she grew to hate him.  A man came to their house once to kill Mr. White.  Madeleine killed the intruder with one of her father’s guns and thus began her hatred of guns.  She eventually cut off all contact with Mr. White.

Bond finds Madeleine at her clinic and ends up rescuing her from Spectre hitman Mr. Hinx.  She leads him to the room at L’Americain where her father used to stay every year.  They discover a secret room where Mr. White left them maps and information to lead them to Spectre.  As the pair evade Hinx and hunt for Oberhauser, Madeleine goes from refusing to fall for Bond’s charms to falling in love with him.  In the final scene, Bond risks his life to save her.  Which sets the stage for No Time to Die.

What is Madeleine Swann’s Secret?

NOTE:  Stop here if you don’t want possible SPOILERS for No Time to Die.

So, what is the big secret Blofeld hints at?

Cary Fukunaga has already revealed that the opening scene will focus on new villain Safin killing Madeleine’s mother and chasing her through the house.

Some are conjecturing that Madeleine is Blofeld’s daughter.  Or that she secretly has a child with Bond.  CinemaBlend speculates that she may be a former or current Spectre operative.

Mr. White is one of the more interesting recurring Bond characters.  I still haven’t made up my mind what I think of him.  Right or wrong, I still blame him for Vesper Lynde’s death.  However, it’s hard not to soften seeing his love for his daughter.

I’m pumped for No Time to Die.  It promises to be Bond’s longest adventure at a whopping two hours and forty-three minutes.  You’ll definitely want to use the RunPee app for this one.  Whatever Madeleine’s secret it is, I’m sure it’s juicy and tragic.  I can’t wait to see how the filmmakers will tie the run of Bond films together (so far, Blofeld is the connection between them all) and what kind of note they’ll send Daniel Craig out on.  Will Bond live through this adventure?  Will Madeleine?  (Please, God, let her live.  There are too many tragic Bond romances already.)

Will they reboot the franchise again after this?  And who will the next Bond be?  Only time will tell.  But we’ll get the answers to at least some of these questions when No Time To Die opens on October 8.