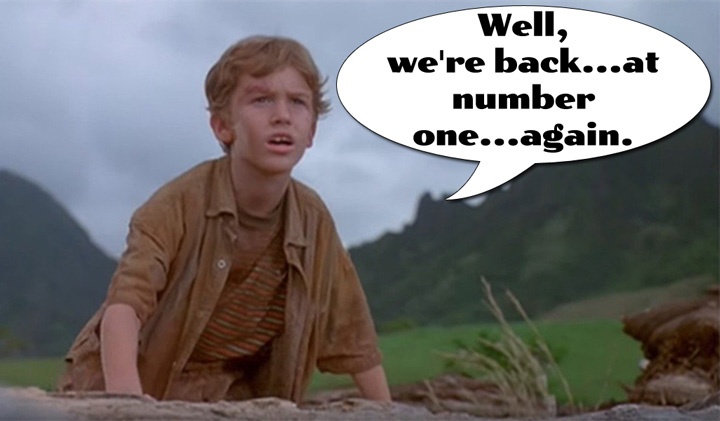 You just can’t keep a 9 ton Tyrannosaurus rex down.

Universal Pictures released Jurassic Park — the 1993 original — four times in theaters over the last 27 years. And every single time, it trampled box office records. Including last weekend, which is notable for several reasons:

Jurassic Park, Steven Spielberg’s brainchild of early CGI (and massive wish fulfillment), ticked all the boxes of emotional manipulation. The first Jurassic Park film features moments of blinding joy and real fear, with a soaring John William’s score that brings one to tears even after dozens of viewings.


Will the early effects hold up on the big screen after all the advances in photo-realistic CGI since the 90s? Probably not. But it’s still a wonderful film people hold very dear to their hearts. “It’s…it’s a dinosaur!” Yeah. Tell me you’re not moved every time.

Where in heck are movies playing (besides the streaming platforms)?

Movies right now can be seen in drive-in theaters throughout the US and in hundreds of actual walk-in cinemas. These states have the most theaters open this week: Texas, Ohio, Iowa, Florida, Minnesota, Indiana, Pennsylvania, Kansas, Tennessee, and Wisconsin.

Deadline reports: these are the box office (per industry estimates) for June 19-21:

There’s more Jurassic franchise-related news, but this is about the upcoming Atlantis…

In the ‘good things’ department, we found out yesterday there will be a new fantasy thriller coming to production about “a multicultural civilization with its own advanced technology.” This new Atlantian story will not be filmed underwater like all previous Atlantis-type versions, but instead features a “lost” continent set in the Indian Ocean. Which makes me think the movie should be called Indiantis, but that’s just picking at nits now.

The connective tissue to Jurassic Park is that Colin Trevorrow, the director for the upcoming Jurassic World: Dominion, is overseeing Atlantis production with Universal. Just to be clear, Dominion will be the third Jurassic World movie, or can be seen as the 6th “Jurassic” film in the series’ continuity. If the trailer below is any indication, having Sam Neil and Laura Dern team up with Chris Pratt and Bryce Dallas Howard is definitely a good thing. We get more Jeff Goldblum too.

So… Should we be glad the real world is overrun by tiny viruses instead of rampaging dinosaurs?