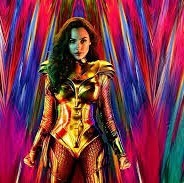 We can’t contain our excitement about movies in theaters coming back! Chances are, if you’re on this site, you’re over the moon as well. Of course we have to be extra careful to distance ourselves, wear masks, sanitize our seating real estate, and not touch our faces, but this should all be second nature by now. Here’s the scoop on how theaters are carefully reopening for public use in the time of our pandemic.

The New York Times reports that movie theaters can open again this Friday, June 19th. And there will actually be new movies to see!


Movie theaters around the world are reopening, with AMC Theaters, the world’s largest cineplex operator, announcing on Tuesday that “almost all” of its locations in the United States and Britain would reopen next month. Over all, theaters in 90 percent of overseas markets will be running again by mid-July, according to the National Association of Theater Owners, a trade organization for movie exhibitors in 98 countries.

Will going to theaters be safe?

That depends on a lot of X factors. Let’s assume theaters will be rigorous in their cleaning — no one wants to end up as a new viral cluster case — that’s like a scarlet letter branded onto a theater chain. (And the theaters are barely hanging in there as it is.) So expect a lot more cleaning, longer periods between movies to allow for extended cleaning, requirements for mask-wearing, stringently defined seat assignments to allow for maximal social distancing, and possibly plastic dividers between every seat.

Again, from the NY Times:

Theater executives say they are confident that aggressive safety measures will offset any fears. Some states are requiring cinemas to limit capacity to 25 percent, at least initially. Groups will be seated at least six feet apart in a “checkerboard” style. Some cinemas may designate arrival times for ticket buyers to reduce last-minute crowding at concession counters. More theaters will allow patrons to order concessions with their phones. Seats will be sanitized before each showtime; California officials asked theater owners to consider using disposable seat covers.

Will there actually be new movies?

Yes, and if people are compliant with safety rules, we can continue to see them on the big screen. Here’s what to expect so far…and seriously, I think we can all agree that we will watch anything at this point:

Honestly, these all look pretty good. We can only hope that other movies will move their release dates sooner, and that movie going will be a safe experience again. Wouldn’t it be wonderful to get out of the house and be transported by cinema magic on the big screen?

Enjoy these trailers and get carefully ready to return to the theater:

Learn More About The RunPee App