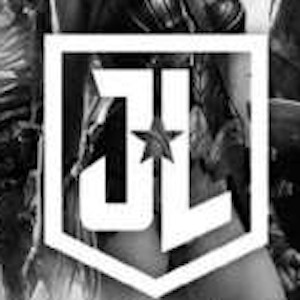 I tried. I really tried to like this movie. Zack Snyder’s Justice League didn’t come in with sky high expectations. I just just hoping to watch a nice long-long-long movie about superheroes and be transported for a little while.


It was bad. It was so, so bad. And it was long. I think Vera (wife) disliked this movie even more than I did. At the 3 hour mark I offered to just stop and go to bed, but she said, “No, we might as well get it over with.” So we endured another hour.

Do Batman, Aquaman, and Flash have a theme? I don’t think so, because anytime the group fights together it’s the Wonder Woman theme, with a little bit of the Superman theme tossed in later. Mix it up a little.

The character motivations are weak-sauce. Especially those of the villains. They’re just evil for evil’s sake. Or just as bad — they want to be loved and accepted by a more evil character? How does that make sense? If I’m going to be evil then I’m not going to give a crap about what some other evil character thinks of me. It makes sense to see evil characters fight for supremacy. You can’t sell the motivation that a character is evil, yet wants to be accepted by the more evil character. That’s weak-sauce. I’d buy it if Steppenwolf showed up to Earth to gain power to overthrow Darkseid, but not to become his evil cuddle bunny.

And what the hell is this Anti-life supposed to be for? Don’t the villains realize they’re alive too? What I gathered was that this anti-life thing could end all life in the multiverse. Hello?

Here’s good character motivation: Darkseid is an immortal and cannot, under any circumstances, be killed. He could dance on the surface of a neutron star in comfort. He’s tortured by his immortal existence and just wants to find oblivion. And the only possible way he can end his existence is by using this anti-life thing that will render the entire multiverse inert.

That can work as the character motivation. You might even feel a tinge of sympathy for such a being: just how torturous it could be to live forever, and ever, and ever, with nothing to look forward to? How many people felt this way after three months in COVID lockdown? It makes you think maybe you’d end up feeling the same if you had lived for billions of years.

Justice League tried to do in one movie what the MCU would do over the course of an entire phase. There should have been a Flash and Cyborg stand alone, maybe another Wonder Woman and Aquaman movie. Some more Batman here and there. Introduce the ultimate villain over the span of a few movies. I have no idea why they thought it would be a good business decision to pack two origin stories and introduce a new villain all in one movie.

I should have taken notes during Justice League because there were dozens of instances of cringe-worthy dialog. Characters saying things that didn’t fit their own motivations; or spewing obvious exposition; or doing things that they really shouldn’t be able to do. Like when did Alfred become a high-tech scientist?

Who made Batman’s toys, like his car and that troop carrier thing, and the night crawler? The latter two are huge complicated machines. Do they outsource this work? Wouldn’t that be a dead giveaway that he’s Batman? Because there’s no possible way, not even in the DC or MCU universe, that Bruce and Alfred built those machines. First, neither of them are particularly tech savvy. Certainly not to the point that they can build huge complicated machines. The movie implies that they built them, but I’m dubious.

Tony Stark can get away with this because, first, he is a tech genius, and second, he has a huge high tech lab with robot assistants. Plus, he can outsource some of the work because he’s not working in secret. Within the realm of the MCU, I find it believable that Stark created all his Iron Man suits. In Iron Man 3 he even talks about his PTSD and not being able to sleep, so he’s just been iterating on better and better suits for different situations.

I understand that it’s crazy hard to make a good product on the scale of what Justice League attempted. You’ve got lots of cooks in the kitchen when the stakes are this high and many of the cooks are probably unqualified to have an artistic opinion, yet they have the money to influence movies.

At some point someone with power and talent has to take control of the DCU. Otherwise it’s just going to wither and die. I have to see movies like this because it’s my job. But I can honestly tell you that I wouldn’t watch another DC movie again if I didn’t have to.