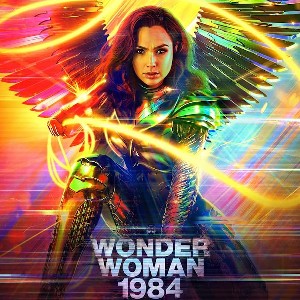 I guess it’s fitting that Warner Brothers managed to release #WW84 before the year 2020 was out, because boy did it suck. It was so bad I felt sorry for the actors because their dialog was so poorly written. I’m pretty sure Chris Pine is hoping his character (Steve Trevor) is dead for good this time, so he doesn’t have to endure anything like this again.

Where did they go wrong?

For starters, the writing was horrible. Maybe “horrible” is too kind. It’s the sort of dialog I would expect from a movie that gets a 2:00 AM premier on the SyFy Channel.


The acting was pathetic, but I can’t blame the actors because, as I mentioned, the dialog was just so poor. There’s no actor in the world that was going to make this movie work.

The plot and story telling felt like they were making a live action version of a kid’s cartoon. The plot is spoon-fed to the audience.

What’s inexcusable is that the action scenes are so laughably bad. The creators interjected crappy dialog into many of the action scenes, making them drag on way too long when it’s obvious how they’re going to end.

Spoilers ahead.
(Scroll down to keep reading.)

My single biggest point of complaint comes in the movie’s most dramatic scene: when Diana renounces her wish.

I couldn’t believe they resolved it in such a chaotic setting. Everyone knows it’s going to happen, but there was no time to share the emotional suffering of the characters.

While we’re at it, the plot of this movie is heavily influenced by the morals of wishing, and what happens when you get your wish — and the consequences of that. But Diana and Steve never for a second bring up the fact that they essentially murdered a man to bring Steve back. Of course it wasn’t intended, but they essentially ended the guy’s life that Steve inhabited. That guy’s body persisted, but the person was replaced. And that was never questioned. Diana renounced her wish so that she could get back her powers, and not because she had ended an innocent man’s life.

That’s really lame writing. I can’t believe that never occurred to the writers, so they must have chosen to ignore it and hoped the audience didn’t notice something so obvious. When in fact that should have been the driving reason to renounce her wish.

About The Peetimes: This is a long movie and I was able to find 4 good Peetimes. I recommend the 2nd and 4th Peetimes. However, the 4th Peetime ends with a dramatic scene. If you don’t mind missing a long action scene, then the 3rd Peetime is your best choice. Happy Holidays and stay safe!

There are extra scenes during, or after, the end credits of Wonder Woman 1984. (What we mean by Anything Extra.)

Is there anything extra during the end credits of Wonder Woman 1984?

chevron_left Silver Linings: Gratitude in the Year of CoVid
Indie Movie Review-Sunny Side Up chevron_right