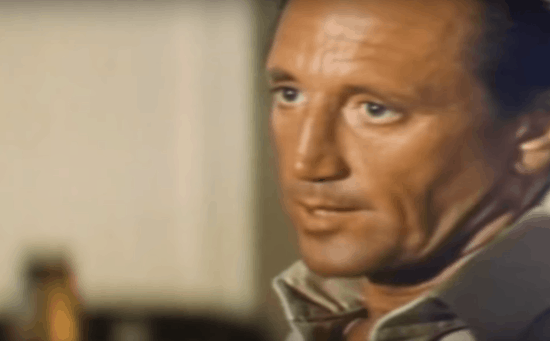 He always gets his man. Or fish. Whatever: Brody is still cool.

There really isn’t much to say about Jaws 2, from which I expected a little bit more, being the only other “Jaws” film said to be worth watching. I got the chance to finally catch it last night. (RunPee is on a bit of a Shark Movie Binge.)

The original Jaws gets an A+ for brilliance, originality, fabulous chemistry,  deft writing…and serves as an early primer on how to construct a blockbuster around a solid narrative.

Jaws 2 is…not good. But it’s not complete trash, either. I’d give Jaws 2 a C+, which is a tad higher than average, but not by much. I can’t imagine how bad the sequel’s sequels are, and probably won’t bother with them. There’s so many better shark movies to watch, and I haven’t even tapped the campiness that is Sharknado yet.

I won’t belabor this. Jaws 2 had some good follow-up to Jaws, and also some glaring holes…and one big huge unforgivable sin. I’ll get to that in a moment.

What follows are spoilers for Jaws 2, even though you can probably guess how things go down.

The Good Stuff in Jaws 2

And he steps up anyway, still in need of a ‘bigger boat’.

That, my friends, is continuity.

UPDATE: I am reliably told by a scientist that the kids would not have been electrocuted, but that Brody, holding the cable, should have been at least hurt. He wrote: “As for the hypothesis that all in the water ought have died by electrocution, I disagree. The shark was the only path between high voltage (cable) and ground (water & earth), so it had to fry. Past that narrow conductor, the current spreads 3-dimensionally through water and earth, losing intensity extremely fast with distance from the origin, and flowing around high-resistance paths such as living creatures.”

Since I won’t bother watching Jaws 3 or 4 or 15, someone tell me what happens next. (Comment section is below!)

This is bad script writing. See a movie like Aliens to learn how to make the audience care about everyone in very spare narrative. (For example: you know the relatively minor characters Frost, Vasquez, Bishop, Drake, Hicks, Hudson, Apone, Gorman, and Dietrich, right? Do you know even one of names of the teens?

(Then they went on to make more Jaws movies with apparently less budget, and spawned an entire cash-cow movie sub-genre….so what do I know?)

This isn’t how animals behave. Sharks don’t eat boats or upend ships to make people fall overboard. They’re highly specialized predators, but don’t have sentience. Sharks are opportunists who will grab a leg or arm to see if they like it — but they aren’t planners, strategists, or remotely relentless about their prey. If it fights back, there’s plenty of other ‘fish in the sea.’

I allowed for Jaws in the original to attack the good ship Orca, mainly because the rest of the story was so good, and I was willing to accept that this particular Great White was…atypical.

In Jaws 2, the new Great White was just bananas. It was like Die Hard: Shark Edition. Seriously, biting the helicopter pontoons was where I gave up. There’s no reason that would EVER happen: monsters and animals are not the same thing. If they wanted to go nuts like this, then the sharks should have been invading aliens from Rigel 4, or something.

At least in Deep Blue Sea there were….reasons for the deliberate, concerted pack attack.

For reference, this was posted at the bottom credits of 47 Meters Down 2: Uncaged: 10 people die from sharks each year. Ten million sharks die from humans each year.

Conclusion: If you loved Jaws (and who doesn’t?), Jaws 2 is an average tier shark follow-up to Brody’s narrative.

Better Shark Movies, reviewed on RunPee (Except for 47MD Uncaged, which is just dreck…):