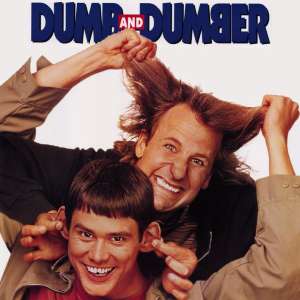 Here we are near the very bottom of the barrel, after detailed discussion of our A, B, and C range ratings. What films rate the “dumb” D grades at RunPee? How many movies are this bad…and what makes them suck?

Just to be clear, a D grade is a FAIL, movie-wise, because you pay money to see these things, and you shouldn’t have to. It’s just not as miserable a fail as an F. As we kind of reserve F grades to make a total statement, a movie clocking in with any kind of D kind of proves that we still cared enough, on some level, to write a proper critique in our reviews.

What earns a D grade?

D grades are just below average, which doesn’t sound that bad. A C is average in any bell curve. But at $15 a ticket we want more than an average night at the cinema. We expect at least a B grade, and hope for an A.


With a D or less, we just want our money back.

Ever see those trailers that make a movie look great, but show the only usable scenes to be found? Well…you can stay home and watch that trailer for free. A D film is an embarrassment: the studio knows it; the actors know it; you feel cheated. Because you are.

We award a fair amount of D+ grades at RunPee. This is a film that is almost average. Which is damning with extremely faint praise. It’s a bad movie, but not entirely without merit. Some people might enjoy it on its own terms: it can be considered so bad it verges into good. Something like The Room. Seriously, people love it. And it’s also very, very bad.

A D+ can be a Very Special Category if you appreciate ‘bad’ films. 🙂

If we were teachers, we would say, “We know you can earn a passing grade if you tried harder.” A D+ is almost never worth paying a full priced ticket for, but can be worth a venture on discount nights. Don’t expect much.

Or get really soused for a streaming night with friends. Not that we officially recommend that kind of thing.

Solidly poor. On how many levels can a movie suck?

Bad to awful. It’s simple: never go to the theater for a movie if we bother to give a D-.

Actually, we don’t recommend seeing anything under a C- in the theaters, but there’s no accounting for tastes, and sometimes we have a bug up our butts about a particular movie at the moment, and end up downgrading it unfairly. We try not to do that, but it happens.

Overall, if we bother with a D-, we firmly believe nobody will be satisfied throwing movie money away on said flick.

Ready to hear what gets an F grade at RunPee? There’s more truly garbage movies out there than we expected when we started reviewing…

chevron_left Is there anything extra during the end credits of Jaws (1975)?
Groundhog Day Movie – Palm Springs (2020) chevron_right