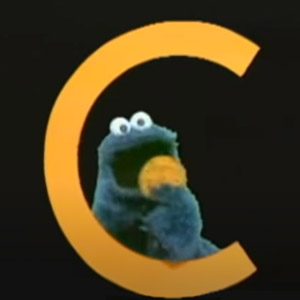 To start with: a C grade isn’t considered a bad movie. It’s just not a good one. It’s average. It can be mediocre, vanilla, fluffy, lightweight, ponderous — or most condemning of all: boring.

But in all, these are watchable films. And since every movie is somebody’s favorite, we try to look for the positive aspects in each. Mainly we reserve the damning ire for movies sifting under the thermocline…in the murky, dusty depths of Ds and Fs. We even have a bunch of F- films among our thousands of reviews. I’ll write about those later.

I covered A movies and B movies before, as well as old classics that are ‘grandfathered in’ with A grades.

Again, a C range denotes a good film. Not great, not wonderful, and certainly not luminous. But perfectly average: worth a ticket in the theater if you’re in the mood for entertainment that doesn’t tax you in any way. Maybe for a mild date or girls’ night out, or a kiddie flick to take your mind off entertaining the young-uns.

Looking over my personal list of movies I rated last year, over 30 were in the C range. I tend to find something watchable in most films and don’t award a ton of fails, but I’m stingy with my good-to-great grades. So, I grant a lot of Cs, relatively speaking. Some of us award a lot more fails; others are softies with the good grades. It evens out.

C+, or B-? That’s the big question. Often I’ll find a movie enjoyable enough in the theater to land a B-…but by the time I get home I’ve forgotten the plot. Or the world building sucked. Or the pretty CGI couldn’t carry the story…or the A list actor simply couldn’t do anything with the script. For whatever reason, this is a ‘pretty decent movie’ that never manages to be good. Something is amiss that drags it into the average range. It’s often a lack of chemistry, miscast actors, good actors in subpar scripts, or a director who couldn’t quite pull things together.

Mostly, the difference between a B- and a C+ is a subjective feeling of mild disappointment.

It’s a movie that could have been good, but for some reason just didn’t make the cut.

These films are easy to spot. It’s not a total fail. It’s not approaching levels of good, or great. On any bell curve, a C should right at the median. With hundreds of wide release movies featured each year, it’s inevitable that most will be merely good/okay.  These Cs are worth seeing if the lead actor is slumming it for a paycheck and you’re a fan. Or if it’s the 15th Resident Evil and you’re a completist. Maybe you read the novel and want to see things on the big screen — and damn the quality.

Or it’s that doldrums time of year and you’re picking the best of the lot.

C- minus films are problematic. If you’re a school teacher, this is where the line in the sand is drawn. Do you damn a student with the faint praise of a D+, or let someone skate by with a C-?

C- is still a passing grade. It’s barely below average. It’s a Statement Grade, meaning: we think you deserve to succeed on some level, and you better get your act together while we still have faith in you.

C- movies are like that. We at RunPee are still suggesting you see it. You might forget the plot or characters by the time you get home, but it was worth an hour or two of your time, for whatever it was. Maybe it was a middling sequel for the fans, a thriller that was serviceable, or a romantic comedy where you cracked a smile. Often it featured an actor you like who did the best he could with a poor script.

In essence, a C- is probably something to save for streaming or downloads, but could be worth a cinema showing if you have nothing better to do. It’s still worth seeing, even if not with a high recommendation. Keep in mind that our movie grades are subjective, and you might like something more than we did. These things happen every week. At least with something in the C range, we’re not saying it was awful.

We save the awful-to-dreadful films for D and F grades. We’ll get to that soon.