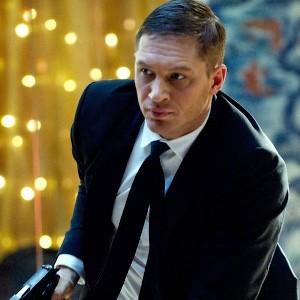 The news is out! Well… sort of.  A little known Star Trek themed blog called The Vulcan Reporter scooped the rest of the world by announcing on 18th September that the next actor to play James Bond would be Tom Hardy.

Now I’m not going to use phrases such as “total fiction”, “definitely made up”, or “deluded fantasy”, but the original article is desperately thin on sources, with the author just saying “Today I’ve learned” who Daniel Craig’s successor is.

No quotes from an Eon Productions insider, or a mention of an indiscrete Barbara Broccoli chatting over drinks, or even a chuffed Tom Hardy beaming with pride and leaning against an Aston Martin DB5.


So, unsurprisingly, the refutations came thick and fast.

But if we take a step back and think about it… who would be good as the next James Bond, and where would Tom Hardy find himself in the running?

Before I start, I need to think about when the next Bond film would come out, and I’d hazard a guess at 2025. Assuming there aren’t any secret casting calls which, given the widespread social media presence, would have generated a whisper somewhere along the line, and the fact that nearly every film made in the past two years has been delayed — and the knock on effect — then I think casting, writing, and shooting the new blockbuster (which any Bond film would be) is going to take a good few years.

So… who’s Bond? For years my favourite would have been Idris Elba, but he’s ruled himself out before the clock does it for him. If he makes a Bond film in 2025 he would be 53, which as old as Sean Connery was when he did his final non-Eon outing Never Say Never Again.

Who else could be James Bond?

If we’re looking for actors of a more recent vintage, then some who could fill the Bond boots are Nicholas Hoult, Richard Madden, Henry Cavill, and Aidan Turner. Two Englishmen, a Scotsman, and an Irishman sounds like the start of a bad joke — but they could all be 007. All have been in action/adventure/thriller roles and carried them off with aplomb. Tom Hardy would be the shortest Bond to date, and he’d also be the oldest in 2025.

Tom Hiddleston is a name that’s been mentioned more than once but, to my mind, he has more of the look of a Bond villain than a Bond himself, despite that he’s smack in the middle of the previous Bond height and age range. I should explain… previous Bonds have ranged from Daniel Craig at 1.78m (5’10”) to Sean Connery at 1.88m (6’2”) and George Lazenby (30) to Roger Moore (46) or David Niven (57), if you count the non-Eon Casino Royale(1967).

Now I said earlier that Idris Elba was getting on a bit, but if you’re thinking of changing your shades of Bond how about Daniel Kaluuya? He has the acting chops to pull it off and, at 31 now, he’d be a good age to see at least half a dozen films made. The only downside is he’s only 1.74m (5’ 8½”) but then… Tom Cruise much?

Or another diversity change could be Henry Golding, who weighs in at 38 and 1.83m (6’0”). O.K. he may have seemed a bit soft in Last Christmas, but showed he could carry a film.

But, thanks to Doctor Who regenerating for the thirteenth time — and changing sex — then what’s to stop “Bond, Jane Bond” being the next tag line? Or how about a swap from the FBI to MI6?

Gillian Anderson (Scully from the X-Files) has gone on record saying she’d be up for the part. She’d be the shortest Bond at only 1.60m (5’3”) but she’d be able to wear a pair of stilettos without turning heads… for the wrong reasons, of course! At the risk of being ungallant, I have to point out that the calendar would be her biggest enemy; using our 2025 release date Ms Anderson would be 57 when the film hits the screens… but then, so was David Niven in the 1967 version of Casino Royale.

Another woman who could carry the franchise would be Lashana Lynch. She has the advantage of already being a “Double 0” agent in No Time To Die, and so could take up the mantle in her own right. She could inherit the 007 title without needing to adopt the name.

However, for my money, I think if you want a female Bond, then look no further than Emily Blunt. She’s shown how tough she can be in Edge Of Tomorrow.  I don’t know how much of it was wire enhanced but those whole body push ups looked pretty awesome from where I was sitting. She was just as ruthless in Sicario and, let’s face it, wouldn’t you pay good money to see Mary Poppins beating the living snot out of Blofeld?

One to keep an eye on for the future? How about none other than the current incumbent of the MCU Webiverse, Tom Holland? He’s way too young at the moment; in 2025 he’d still only be 29, but he has the dance/gymnastic training to do the action scenes. So maybe not the next Bond but I might slip down to Ladbrokes and put a pony on him being the one after that…

Rumors: will Tom Hardy be the next Bond?