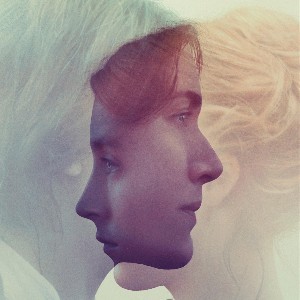 I walked into Ammonite thinking I was going to enjoy it — and I wasn’t disappointed. I had my hopes up based purely on the cast; Kate Winslet, Saoirse Ronan, Gemma Jones, and Fiona Shaw. I don’t think I’ve seen anything with those actors in that I haven’t enjoyed, and they were all on top form.

So what is Ammonite about? Basically it’s about Mary Anning.


If you’ve ever heard the tongue twister “She sells seashells on the seashore,” then you’ve heard of Mary Anning, possibly. They’re not 100% sure that the song was actually written about her, but I’m not one for letting awkward facts get in the way of a good story.

Mary Anning (1799-1847) was a collector and dealer of fossils, and a paleontologist with a specialism in Jurassic marine fauna. Well, she would have been if she hadn’t been a woman in the nineteenth century.

Not only was she a woman, but also she was a Dissenter and, as this was was when the CofE had some clout, that just made for two reasons why she couldn’t be part of the scientific community. She wasn’t allowed to join the Geological Society of London, despite regularly being consulted on anatomy, and the only writing of hers ever published was an extract from a letter to the Magazine of Natural History she sent in 1839, questioning the editor’s claims. It wasn’t until 2010 that she was included in a Royal Society list of the ten British Women to most influence science.

The Sea Shells are aren’t actually the point

But Ammonite isn’t really about paleontology; that is more of a co-starring role. What it is about is the relationship between Mary Anning (Kate Winslet) and Charlotte Murchison (Saoirse Ronan). Charlotte Murchison (1788-1869) was also a real person and they did meet and became close friends. Whether they became as close as the film states I don’t know, but there are parts of the story that are true.

So let’s stop beating about the bush. There is a lot of sex in Ammonite. Not hot, steamy, sweaty, naked sex — well, apart from a couple of times — but more of an eyes meeting, smoldering kind of sex. Take, for example, the brilliant Fiona Shaw. If you only know her as the fretful, harassed Petunia Dursley from the Harry Potter series, or of the vaguely psychotic spy master Carolyn Martens from Killing Eve, then her turn as the pharmacist Elizabeth Philpot will be a revelation. She is only in a couple of scenes but, almost from her first words, you know that she and Mary have history. And by history, I mean biology.

There is also a fine turn by Gemma Jones as Mary’s mother, Molly Anning, who has been beaten to the edge of madness by the travails of a hard life, and the sadly quite common experience of bearing ten children but only having two survive to adulthood.

It’s also about the setting

This is not a dialogue heavy film; you could probably get all the words on a couple of sheets of A4 paper. It is more an exercise in atmosphere. I’m not sure if it is lit in the same way as All Is True was, i.e. all natural light outdoors and candles indoors, but it certainly had that look about it. If you’ve ever been to one of those places where they recreate a village from the 1800s, then you’ll know what this feels and looks like.

Well worth getting back to the theater to see.

About The Peetimes: This is not a ‘wordy’ film, so I tried to pick scenes that were easy to summarize.

There are no extra scenes during, or after, the end credits of Ammonite. (What we mean by Anything Extra.)

chevron_left Rumors: will Tom Hardy be the next Bond?
Is there anything extra during the end credits of Ammonite? chevron_right