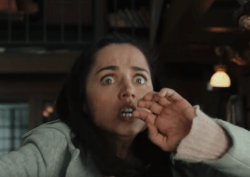 You may go into Knives Out thinking it’s a murder mystery, and you wouldn’t be wrong, but that’s not what the movie is really about.

Let’s start by acknowledging that Rian Johnson, the writer and director, did a masterful job. Everything about this movie is top notch. In my book it’s a perfect A+++…

There are numerous flashbacks in the story but it’s never confusing. Everything fits together seamlessly and comes together in an unexpected ending.


The humor is outstanding and it feels real, not manufactured or forced, as it is in most movies that try to be funny.

The who-done-it aspect of the mystery is creative and not at all formulaic.

That’s all I can say without giving anything away. If you haven’t seen the movie yet then I hope I’ve convinced you it’s worth your time and money. Now go away because… SPOILERS AHEAD. I hope you come back later and read the rest, because there’s much more to this movie than meets the eye.

[ Spoilers ahead. You’ve been warned. ]

If you’re still reading I assume you’ve seen the movie. When did you notice that the movie wasn’t just a whodunit mystery but was also making a profound political statement contrasting immigrants/immigration against white entitlement? For me it was around the time the first family member, I think it was Linda (Jamie Lee Curtis), said to Marta, “I wanted you to be at the funeral but I was out voted.” (A very typically American way of saying: the reason you weren’t invited wasn’t that we forgot about you. We actually discussed it and no one wanted to include you.)

Right away we see the schism between the way Harlan (the father played by Christopher Plummer) has treated Marta and the way all his children treat her: dismissive. Marta is Harlan’s real confidant. The only one who really listens to him for who he is, not what he can do for her.

“Oh but wait,” you say. Marta was employed by Harlan to be his caregiver. He paid her for what she gave him. Yes and no. We know from detective Blanc’s (Daniel Craig’s) questioning that Harlan paid her a flat fee and that initially she worked 15 hours a week but that her working hours grew over time, but not her pay. Sure, she was there for the income, not out of pure generosity. But she gave everything she had: an increasing demand on her time, her expert care, and her friendship.

In Harlan’s heart Marta, the child of an illegal immigrant (a Dreamer), became his daughter, while his genetic/legal family treated him like the money grubbing, entitled, untalented, self deluding, sycophants they are.

Question: what does Harlan represent?

I believe Rian Johnson, the writer/director, uses the character of Harlan to represent something along the lines of the American Spirit. He’s old; he’s successful; he’s wise in a way that he realizes he’s made mistakes and wants to try and fix them. He says to Marta that he was perhaps too generous to his children and didn’t encourage them enough to make it on their own.

Even Linda, the self made woman, is portrayed as successful only because her father gave her the business loan to get her where she is today. At the same time Linda looks down on her brother Walt, the publisher, for only managing what her father gave him, but never creating anything on his own.

Walt, I think, represents the portion of corporate America that wants to bleed the common people dry. Those corporations that don’t do anything creative or constructive themselves, but have a position of influence and wealth they can use to harvest the resources of America for their own gain. Just as Walt wants to harvest his father’s books into movies for greater profit while himself contributing nothing.

There’s a crucial scene in the movie where Marta is at the memorial service and has a flashback to the birthday party on the night of Harlan’s death. The scene starts in the middle of a family argument about immigration politics, apparently immediately after Joni, the daughter-in-law, said something negative about Trump, to which Richard, the son-in-law, responds, “I don’t like him either, but maybe he’s what we need.”

Joni is the ditzy family hanger-on that thinks she’s enlightened — the rest of the family tolerates her at best.  She’s the lone voice supporting the rights of immigrants during the family argument. However, when push comes to shove, she’s just as duplicitous and scheming as the rest. She has been taking advantage of Harlan’s generosity by double-dipping for her daughter’s college tuition.

And then there’s Ransom. Oh, they did a number tightly weaving this character into both the mystery plot and the political subplot. Ransom is so undeserving that even his undeserving family thinks he’s worthless. Ransom cares for nothing other than maintaining his lazy entitled status, even if it means murdering the source that granted his status in the first place.

I’m extremely interested to know if Chris Evans was cast to play Ransom in this movie specifically because for the past 10 years he has played the role of Captain America. What a perfectly ironic twist from what Evans has represented.

The casting of Daniel Craig as detective Blanc is spot on, but I question the character’s background. Personally, I think it would have played better had Daniel Craig used his native British accent which I think would have suited him better as the independent observer in the movie.

Either way, Knives Out did a masterful job contrasting the Dreamer with White Entitlement and showing us that immigrants represent the true Spirit of America better than those who are at best dismissive of immigrants and at worst blame them for self inflicted problems.

If you would like to read a very thoughtful review from someone who experienced Knives Out much more poingently than any American caucasian, like myself, ever could then I highly recommend this piece by Monica Castillo in the New York Times: Why I Left ‘Knives Out’ With Emotional Whiplash.

chevron_left Movie Review – Queen & Slim
What did the Baseball represent in the movie Knives Out? chevron_right