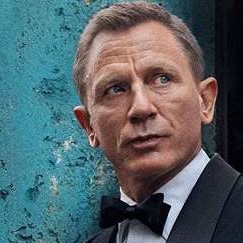 Of course, listing all the BEST James Bond theme songs will be both 1. difficult and 2. subjective. By which I mean there are so very many great Bond theme songs that all manage a Bondian flair… and my own opinion won’t be the same as yours. Hopefully my choices will make your top ten list as well and we can all just get along. 😉

What an amazing song. I can listen to this over and over and I get chills each time. Adele is rare find — this gal can belt it out and growl like no one else, and she has a great range. It’s interesting to me that I am picking this as my favorite James Bond song: I have a great fondness for the older themes…but this newer one just snuck and stole my heart. Even if I didn’t know this was a Bond theme song, I’d have guessed from the sound. I love how so many songs manage to get that “Bond theme” in there without copying a previous song. Just great work.

This one also gives me chills. Duran Duran really wails this out and makes me dance like a fool when I hear it. And the Bond Theme fits in like a glove. So very 80s and so very fun.

Take a look at the sexy and very “Bondian” opening credits sequence:

I had a hard time not giving this the number one or two spot. It’s fantastic. And Live and Let Die is my favorite Bond film. All top three choices here are essentially the same amount of awesome. And RunPee Dan agrees with these choices too. Well, mostly. He thinks For Your Eyes Only should be in the top three. Honestly, so many of these Bond songs just kill it. Also, Roger Moore appears in this one at his campy, amusing best. Voodoo too! I love this film!

And it stars the guy who did “Crisp and clean and no caffeine. Never had it, never will. Hahaha…” And if you know that one, you’re about as old as I am. 😉

Well, I really didn’t know where to place this: it’s the classic, original Bond theme, and manages to work its way into every subsequent Bond opening. It’s just perfect, an example of music and film fusion as it should be. I love movie theme songs; this one in particular is enduring and special. Even if you don’t like Bond movies, the twangy notes are instantly recognizable. Iconic.

And One Bonus Song…

Way to create and star in your own riff on 007! Moby doing a little parkour fun. It’s essentially the same original Bong song, just tweaked and updated by Moby. So this doesn’t get a ranking on its own.

“Do you expect me to talk?”

What a fabulously yearning, flowing tune. I loved it so much in high school that I sang it for my choral audition. And it’s a hard one. I probably should have chosen an easier song, but I got in anyway (soprano, in case you care).

Honestly, this song is so pretty. It used to make me cry. For reals.

And the next best Bond songs…

Bassey again. Another great Karaoke song. Diamonds are Forever is brassy and sexy– a lot of the James Bond songs are erotically charged. Unfortunately, the only “Bond sound” in this is at the very end, so it gets a little ding for that. I do prefer the opening credits to incorporate the original Bond notes a bit more. I want them to sound recognizable in some way, so when you hear the movie start you get right into the mood.

Welcome to the 70s! Sean Connery is still the man at this point.

Rich vocals and a happier take on Bond love. Seriously, all these songs so far are great. But this one really doesn’t ‘sound’ like a Bond song. I don’t hear the Dr. No riff at all. But the lyrics offer “The Spy Who Loved Me”, which is meaningful and memorable.

Going back to the classic Sean Connery years. Nancy Sinatra has some quietly sweet vocals here, adding a lovely swaying-type sound. And it incorporates the Bond theme throughout in a slower, richer way than the rest. The perfect lounge lizard song: I can imaging someone wearing a feathered boa and a slinky dress singing this at a private club in the 1920s. The image of Nancy crooning is doubly cool, when you recall she is the still-living daughter of influential and beloved icon Frank Sinatra. Way to follow in the footsteps, Nancy!

Isn’t it interesting how many Bond movies have Die, or Never, in their titles?

From Casino Royale, this is from Daniel Craig’s first James Bond film and the highest rated Bond film of all time. This one is more of a classic rock anthem, but is still groovy and incorporates the Bond sound in a new way. You can’t help but dance along in your chair. It’s also an earworm. 😉

Great opening sequence that calls back to images from the 60s through the 80s.

Tom Jones is an odd choice for a Bond theme, and this song is definitely different than the rest. But you can’t deny the edgy rawness of Thunderball. And Jones truly incorporates the Bond theme, probably more than any other song since Dr. No. Very dramatic. You can’t help but like this one, and it takes you way back!

I like the nude swimming sequence. That was creative.

I really should place this higher in the list, but I’m not going to stress it. All these songs are good. I just don’t think this one has a Bond sound. I keep harping on that, but I think it’s important. Still, it’s a lovely tune, and a bit happier, more upbeat sounding than most.

And it’s from Octopussy! (Is that Roger Moore’s last James Bond?)

A ‘younger’ song from the Pierce Brosnan years. I’m not a huge fan of this one, but I think it’s a new and creative sound for Bond themes. Plus it’s got Die in the title. That’s a Bond, James Bond thing.

The video is creepy with all the scorpions, though. Ick.

There you go. What songs did I omit as a great James Bond theme song? The World is Not Enough from Garbage? Golden Eye from Tina Turner, or Tomorrow Never Dies by Sheryl Crow?

What are top three or five songs you’d pick as the best James Bond songs? Comment below. I read and respond to everyone!

The Spy Who Loved, Shagged, and Dumped Me

A crisp and clean and no caffeine commercial for you for extra coolness. Man, this goes way back in time…

chevron_left Is Mulan A True Story? Answered by a native Chinese
Video movie review of Sonic the Hedgehog by a Sonic fan chevron_right