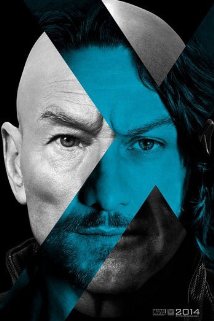 Brian Singer (director), and the writers, set the bar sky high in this film. It’s going to be a chore to top this in the scheduled X-Men sequel, due May 27, 2016.

The acting was spectacular. All the main characters are reprising roles that they have already performed with aplomb. However, I think Hugh Jackman stands out, and I’m not just saying that because I know he loves the RunPee app. Okay – maybe I’m saying it partly because of that. 🙂

Until now, the character of Logan has been consistently defined by incessant pessimism. But that changes in DOFP. Logan helps build a team instead of tearing it apart, and that requires Hugh Jackman to evolve his portrayal of a character that he’s grown accustomed to. I’m no actor, but I can appreciate how scary that must be, because there’s lots of room for that to go horribly wrong. Kudos to Jackman for pulling it off.


The action is fantastic! One of the best action scenes comes right at the beginning of the movie…so don’t be late to this one. Another of the action scenes – the wonderful “Time in a Bottle” sequence – was so good the entire audience erupted in spontaneous, enthusiastic applause as it ended. I can’t remember the last time that happened.

The plot is easy to follow and feels logical throughout. There isn’t anything confusing or contradicting in the story, which is quite an accomplishment for a time travel tale.

High marks should be given to the director, writers, and actors; they did a great job adding humor to such a serious theme. This movie’s appeal would diminish considerably if you subtracted out the numerous cute chuckles and downright hilarious scenes. This is a film worth seeing in the theater.

I would give this movie an A+ but I’m going to save that, hopefully, for X-Men: Apocalypse.