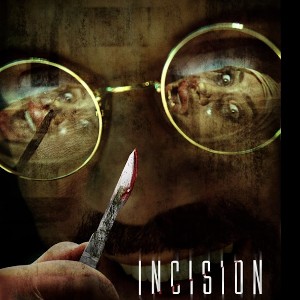 I’m fairly sure that I’ve said before that I’m not a huge fan of the horror/slasher/gore sub-genres, so it didn’t take long for me to realise that Incision wasn’t going to be my cup of tea. But, as has been demonstrated many times before, just because it’s not my ‘thing’ doesn’t mean I can’t watch it.

I seriously think I may need to revisit that rule, as Incision was not good. It featured a group of characters who generated absolutely zero sympathy with me, getting into a situation that any rational person would have simply walked away from. This time I couldn’t just blame the genre.

Incision has a group of unpleasant people acting like spoilt, self-centered idiots. Even though the lunatic family they encounter seem to have come from the weird, in-bred section of Central Casting, I still felt more for them than I did for the “heroes” and, let’s be honest, I didn’t care much for anyone involved in this film.


So What Happens Then?

Incision starts off a series of mocked up headlines surrounding photos of surgical procedures. The headlines are about a former surgeon going into hiding to avoid being imprisoned for mutilating and killing his patients.

This then cuts to a scene of dressings being removed and a crying woman walking toward a mirror. When she gets close enough to see her reflection she screams and the doctor standing next to her says, “Beautiful,” which, of course, she isn’t.

Then we have the opening titles, followed by a scene of Alexa Landry (Korrina Rico) on an operating table, and a syringe being readied. Before anything can happen though, Alexa has a minor panic attack and can’t go through with the procedure. I’d be more convinced if she didn’t look like she’d already spent half her life on the table.

Then we cut to Alexa’s house where her boyfriend, Matt Casey (Lee Kholafai) is sitting, having a liquid breakfast with a French guy called Chase (Kev Adams). Don’t worry about Chase; he’s on screen for less than a minute and never appears again. Matt is a footballer with a dodgy knee or something that means he can’t play, hence the early drinking.

Alexa gets a call from her mother saying that her misfit sister has runaway from rehab and they need to start searching for her. Thirty seconds later Becca (Caylee Cowan) is found and there is a big argument lasting all of ten seconds, and they head off to see their friends Calvin Soundz ( Jonathan ‘Lil J’ McDaniel) and Trinity Lee (Olga Safari). Trinity has just woken up and found out she’s pregnant, so she has a shower while wearing a strapless bra. Trinity is a singer and Calvin is her record producer. Calvin wants to play them the latest track they’ve been working on and needs his laptop, so he turns to his long time friend and dogsbody Kenny (Tristan Tales) who, it seems, has lost it. They use the “Find My” app and send Kenny out after the laptop.

Is Anybody Remotely Surprised By What Happens Next?

First one member of our happy gang turns up at the house of the mad plastic surgeon referred to in the newspaper clippings at the start, shortly followed by the rest. Apart from Chase, who saw the rest of the script and bailed out.  I’m not going to bother with any more because you’ll know what’s likely to happen, including the “twists and turns” — which are telegraphed from the moment they decide to enter the house of the demented doctor (because it’s a bit chilly) rather than just going and calling the police.

It’s obvious that a lot of money was spent on special effects. Limbs, lips, and eyelids are removed with intimate detail. I’m sorry, but Incision just wasn’t for me. There was no real story, no believable plot development, and absolutely no way that you can believe that a group of six people could all be that unaware of what’s going on around them.

A Real Conversation with my Passive-Aggressive Alexa

chevron_left Is there anything extra during the end credits of The World To Come?
Best of British Biographies – Toby Jones chevron_right