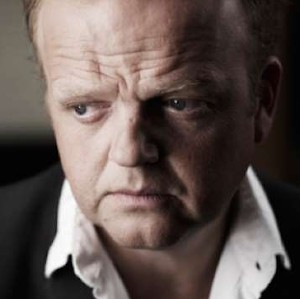 Last year I wrote an article about Timothy Spall; one of those actors who you see in lots of character roles. Here’s another such actor. Sometimes small roles, sometimes big roles; always noticeable because he doesn’t look like your stereotypical leading man. In fact, he is what you might think of as — and I’m in no position to be looks shaming anyone — a little strange looking. But he’s taken those down-trodden, everyman looks and put them in front of the camera in the biggest TV and film franchises doing the rounds. He is Toby Jones.

Think I’m overstating things? Well, he’s been in The Hunger Games, Harry Potter, the MCU, the St Trinian’s reboot, Doctor Who, and Sherlock. He’s also been in Tinker, Taylor, Soldier, Spy, Frost/Nixon, Infamous, Finding Neverland, and Jurassic World: Fallen Kingdom. And that’s without mentioning the short TV series he did which probably never got shown outside of the UK.


A Family in the Business

Tobias Edward Heslewood Jones OBE, to give him his full Sunday name, was born in the middle of the swinging sixties to actors Freddie Jones and Jennie Heslewood.  While Mum only managed to rack up eight acting credits in her thirty years on the TV, Dad was a very different kettle of fish. He was rarely off our screens, both large and small; from his TV debut in 1960 he appeared in over two hundred titles, up until his death in 2019. During his almost sixty years of acting, Freddie Jones appeared in Dune, Krul, and The Elephant Man, and spent the last thirteen years of his life in a British soap called Emmerdale. Toby also has two brothers: Rupert, a director, and Casper, a fellow actor.

As a child, Toby went to one of the old schools that the UK seems to specialise in; Abingdon, which dates back to shortly after the Norman conquest. Abingdon is described as “highly selective, strongly academic,” so Toby obviously has more uses for the space between his ears than just stopping his hat from blowing away. After that he must have caught the acting bug, because he then went on to study drama at the University of Manchester from 1986 to 1989, and then the  L’École Internationale de Théâtre Jacques Lecoq in Paris from 1989 to 1991.

His first acting role was in Orlando with Tilda Swinton. I say “with,” but he’s credited as “Second Valet” and I don’t know if he got any screen time with her. His next role was as “Man at Tea Bar” in Mike Leigh’s Naked which, given Mike Leigh’s unusual way of working must have made for quite a steep learning curve.

From then on, Toby had a lot of TV work and a few films, until his big breakthrough as Truman Capote in Infamous. He didn’t have the highest of hopes for the part. He said, “I didn’t sound anything like Capote at the screen test. It was more like Bob Dylan. In his early years. With the flu.”

Current Roles: It’s a toss up who Toby Jones is more well known as to the wider world.

He was Claudius Templesmith in three out of the four Hunger Games films.

While he might not have gone full Andy Serkis and got covered in dots and motion captured, he did contribute to the animation process. Douglas Smythe, ILM’s associate visual effects supervisor, said, “Dobby delivers rapid-fire dialogue, animated by hand. We didn’t do any mocap or facial capture at all. We did have some reference video shots of the actor during the voice-over session. He had some great facial expressions and we incorporated a lot of those ideas.”

Very often Toby’s parts amount to little more than cameos, but the range of them is immense.

From a the downtrodden Bursar of St Trinian’s to the self important senior British Intelligence officers in Atomic Blonde and Tinker, Taylor, Soldier, Spy, they may not be big parts, but they are always noticed. He can hold his own when he has to share the screen with anyone, including Benedict Cumberbatch, Maggie Smith, James Caan, Ewan McGregor, Michael Fassbender, and, the always interesting Stephen Graham… who could be another subject for one of these little articles before too long!

Rewatch Review – A Look Back at The Hunger Games Series