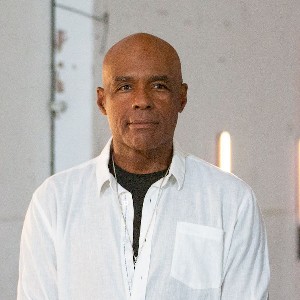 Agent Revelation or Agent I — they don’t seem to have settled on a title for it yet, is a sci-fi, action thriller. One of the things it has going for it is a big name. To be honest, in the world of sci-fi, action thrillers it has a BIG name on board… Michael Dorn! Hell’s teeth! In this neck of the woods you don’t get much bigger than Lt Worf!

Looking back, I think I’ve used more exclamation marks in this opening paragraph than I have in the last half dozen articles but that’s what getting to see a new film featuring a genuine star of Star Trek: TNG does for me! Oops…


I’m not sure how much Dorn got paid to appear, but either as a cost saving tactic — or an understandable vanity ploy — the writer, director, producer, and star are all the same person… Derek Ting. I mean to say, if I were in the position of writing, producing and directing a film that Michael Dorn was involved with, I’d make damn sure that I got some screen time with him too.

What I didn’t realize when I started watching Agent Revelation is that the alternative title, Agent II, shows the obvious thing which is that it’s a sequel to (three guesses?) Agent, which came out in 2017. Again, the ubiquitous Mr Ting has writing, directing, producing, and starring hats to juggle, and I can’t help wondering how good Agent is… not too shabby I’m guessing, because I imagine Michael Dorn must have had a look at it before signing on the dotted. So… next on the to-do list is to track down a copy of the first chapter of this particular story.

The downside of getting someone as talented as Mr Dorn on board is that he effortlessly acts everyone else off the screen.

Over the last few months I’ve seen a lot of indie movies, and one of the biggest failings is usually the acting, which is carried out in the manner of the urinal in a pub near closing time… with more enthusiasm than accuracy. There are usually little delays in conversations which make it seem stilted, slight losses in concentration, misplaced eyeliner, mainly little things, but Agent Revelation was, in the main, well performed — so I don’t know if it was a question of the cast been shown as belonging in a slightly lower league, or just a wee bit star-struck.

Having said that, it was still a very nice watch all round.

Pretty much, if I’m honest. There are a few bits which, to be frank, needed work. At least… I think they might have done. As I said earlier, Agent Revelation is a sequel to Agent, which I haven’t managed to get to see. So it could be that what I thought were missing bits of exposition could have been covered in the first film.

Ideally, a second film, book, play, or anything really should contain enough backstory so that someone new to the series can keep up but, at the same time, not bore anyone who has seen the earlier parts. There are a few flashbacks, but they didn’t answer all the questions I had. But, then again, it’s 50/50 whether it was me not properly twigging what was going on, or the plot not being properly explained. But when they use opt outs like the protagonists having “stuff that defies the logic the rest of the world knows,” you know that there’ll be gaps.

I also did notice one point when the dialogue level dropped so low that I couldn’t make out what was said. I’m not sure if that was intentional or a snafu, but I watched it four times and still couldn’t make it out.

There is a case of the dreaded forced acronym. There is a long training session in the mid section, and the things they practise on are known as “R.U.N.T.”s — which stands for “Robotic Unit Enforcement Trainers”. Why didn’t they just call them “R.U.E.T.”s ( to rhyme with duet) and have done with it? Or “Robotic Enforcement Training Units,” which could be called “Reetoo”s… just a thought.

Definitely Not All Bad

One thing that did stand out for me was the image quality. The whole film was beautifully shot and parts were so crystal clear that they could have been used as a demonstrator reel for those 80” 8K TVs that they sell in Currys (or whatever your local equivalent is). My TV is a reasonable size and quality (50” and 4K HD) and I’ve got the 4K Apple TV box, but this film really caught my eye and made me notice the definition.

Throw in that the level of the effects on show is really good, and you have quite a feast for the eyes.

All in all though, four members of the cast of Agent came back for Agent Revelation, so they must have been happy with the project and the ending does hint, exceptionally heavily, that there will be a third part. So… as well as trying to find the first part, I’ll be keeping my eyes open for Agent III.

Star Trek The Next Generation – Playing Poker with Superheroes