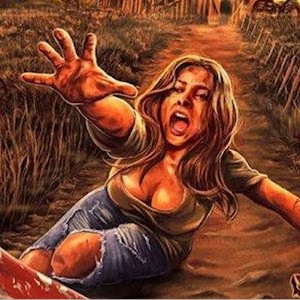 Return To Splatter Farm is listed on IMDb as a Horror/Thriller. That worries me a bit, as that indicates that the humour wasn’t intentional. I don’t have the benefit of having seen the original to know whether this is intentional or not but, as is well-known, I’m a bit of a grading softy, so I’ll give it the benefit of the doubt.

As indicated by the title, Return To Splatter Farm is a sequel of sorts. Back in 1987 there was a film called, unsurprisingly, Splatter Farm. I never heard of this film, so I had to do a bit of digging. What I found was that Splatter Farm was one of the first films made by the Polonia twins — Mark and John.


I Thought That Was A Bad Thing

It turns out that, for years, I thought “straight to video” was automatically a bad thing. If a film was deemed too atrocious to have loads of money spent on distribution, venue hire, and publicity, then it went “straight to video.” They tended to be third or fourth episodes in an adequate, rather than brilliant, series.

However, I’ve just found out that there were some companies who specialised in getting films out to the public in a different way. One of these companies was Donna Michelle Productions, and the way they worked was to put their films out on VHS.

The big advantage of this was that it meant that up and coming independent filmmakers could get their films out. In fact, a lot of them were shot and edited on VHS, so there wasn’t even a conversion cost. Remember, this was when there was a Blockbuster Video in every town, and all the supermarkets and newsagents had a display with videotapes for rent — and they needed product to hire out.

It Was Thirty Three Years Ago Today

So, back in 1987, Splatter Farm rode the VHS crest of a wave, and managed to get seen by a reasonably sized audience. Enough for it to be revisited and a sequel made, which brings us back to Return To Splatter Farm.

Before the film starts there is a dedication card to three of the original cast, which acts as a reminder of the length of time that has passed; they were John Polonia, Todd Smith, and Marion Costly.

And how was the Return To Splatter Farm?

Having checked that the original did aim to have some comedy running through it, I’m happy to think of it as a Horror/Thriller/Comedy. It’s obvious, really, that some of the scenes are played tongue in cheek, and I think it would be pointless to try and deny them. Some of the effects are a bit poor, to the extent you can clearly see how they were done. And, it has to be said, that the acting tended to be a bit spotty but, ultimately, that’s what you look for in a low budget slasher film! Part of the fun is sitting back and thinking, “That looks fun, I could do that.”