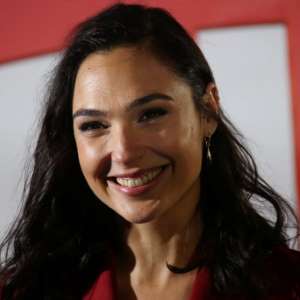 Wonder Woman 1984 (WW84) is an insult to storytelling. It’s popular to blame the writers and directors in cases like this, but I think it’s clear that the decision makers — asshats — at Warner Brothers are the real reason WW84 is so bad. There’s a great article over at ThePlaylist.com that goes into the backstory of making the first Wonder Woman movie and how Patty Jenkins, the writer/director, had to contend with 30 different scripts on the set. News like this is a rare find: it’s uncommon for a director to go on record about any of the onset politics, because it’s a shortcut to never getting a directing job again.


There are so many things to fix with WW84 that it’s hard to know where to start. Honestly, if it were up to me I’d toss the entire plot idea in the trash. The idea of making a genie story work in a superhero movie is asking for trouble. But I’m not going to try to create a whole new story. Let’s just try to patch the story they presented.

[Ahead be spoilers. You’ve been warned.]

When Diana makes her wish to get Steve back in her life they could have enabled that any way they wanted. Their choice was to use a Quantum Leap-like (You do remember the show Quantum Leap, right?) solution where Steve possesses another man’s body. That’s fine, except they never once address the fact that unless Diana renounces her wish she will effectively murder an innocent man. Sure, the guy’s body is still walking around, but Steve is the one driving, and that’s murder, no way around it.

Diana gives Barbara a moral lecture about the ethics of her wish, but never once acknowledges her own moral shortcomings. She only renounces her wish when it is somehow necessary to save the world.

There’s no point using the Quantum Leap solution to bring back Steve in the first place. This wish stone does some pretty unbelievable things, so, as long as we have to acknowledge the magical powers of this stone, why not simply have Steve materialize out of nothing, or animate a statue, or… Anything.

The creators are making up rules for how the wishing stone works. No one is going to watch the movie and say, “I believed it when the stone turned a mild mannered woman into a superhero, and I believed that a massive stone wall could sprout out of the ground, and that using radio waves somehow counts as “touching” everyone who hears the message, but they lost me when Steve materialized out of nothing.”

However, I would argue that the Quantum Leap solution could be a great choice, if done properly

Starting with the first scene of Diana and Steve reuniting, their joy turns to sorrow when they puzzle out how Steve is back, and that eventually Diana will have to renounce her wish to save an innocent man. Just picture it, they discuss the repercussions of the situation and without a word both come to the same realization: their reunion will be brief. It gives the actors an opportunity to perform a dramatic scene wordlessly and show how much they love each other.

Following that, all of the playful scenes of Steve discovering the world of 1984 are mixed with the poignancy that his time to discover and enjoy are limited.

In recent years “Gratitude Journals” have become very popular. Gratitude Journals encourage you to write about the things in your life that you are grateful for. Anything from simple everyday things, like ice cold water on a hot day, to the relationships in our lives and what they mean to us. (Dana Simone, one of the Peeps here at RunPee who provides Peetimes, has published her own gratitude journal at Amazon.)

The point is, we often overlook the many things in our everyday lives that enhance our wellbeing. Scientific studies have shown that taking a few minutes out of our day to recognize these simple things increases our overall happiness.

If WW84 had acknowledged the brevity of Steve’s new existence, then those playful scenes of him discovering the world of wonders in 1984 could have helped remind us of the things we take for granted. And at the same time, given the actor, Chris Pine, a chance to really perform, contrasting the joy of discovery with the poignancy of his brief existence.

Furthermore, this could have been enhanced as Diana’s character, who lives in this world but barely notices her surroundings, learns to appreciate what she’s taken for granted. It’s a shame: the potential to take the audience on a rollercoaster ride between joy and poignancy was flushed down the toilet.

As the story plays out, Steve’s predicament that he’s not only living on borrowed time — but also in a borrowed body — could make for some interesting dilemmas

As he tries to help save the world with Diana, he knows that he isn’t just risking his life, but the life of another man who has no say so in the situation. He’s caught between the struggle of helping save two people in every action scene. There’s plenty of fuel for drama, as well as some humor, in those moments.

To complete the story, the creators could have made up a rule that Maxwell Lord can’t be completely defeated until all of the wishes he granted are renounced. Then the movie could have ended with a beautiful and dramatic scene of Diana and Steve together, before she renounces her wish. I’m just thinking out loud here, but maybe the rule is that since Maxwell Lord has become the embodiment of the magic stone, he himself will turn to stone if all of the wishes he grants are renounced.

If that’s the case, then Diana can’t defeat Max without renouncing her wish. The drama and sacrifice in that scene could have been palpable. Anything would be better than the renouncing scene we actually saw in WW84. That scene was shockingly bad. It deserved so much more than a kiss in the midst of the chaos and then Diana running away. As the movie was playing I seriously thought, “Wait, what? This is how Steve’s story ends? Off screen as Diana runs away? This is it? WTF?”

Whoever came up with the arc for Barbara needs to be fired.

Max Lord is an adequate enough villain. What’s the point of sending Barbara down a path of no redemption? Just think of how many young women watch WW84 because Wonder Woman is a role model? Of course, none of those young women can be Wonder Woman, but they can exhibit many of her best qualities.

That’s the mirror that Barbara’s character should have provided. Barbara admires Wonder Woman, then she unknowingly makes the wish to be like her. At first, everything is great. Barbara is overjoyed with her newfound confidence and the attention she receives.

As time goes on, Barbara becomes intoxicated with her newfound “power”… At this point, they got it about right in the movie. From this point, there are many subtly different ways to proceed, but essentially Barbara needs to recognize that what she has become isn’t anything like Wonder Woman at all. She has Wonder Woman’s physical power, but is missing her nobility. That’s where Barbara needs to come to her own realization that she is better than what she has become, and in fact, never truly needed to be granted a wish to be like Wonder Woman. She has always been wonderful, she just didn’t have the confidence to recognize it.

And at no point should Wonder Woman lecture her. The lesson for young women works so much better if Barbara makes her own realizations and determines her own path.

Don’t break your own rules

One last nitpick and I’ll put this screed to rest. The story makes it clear that the stone, and then by extension Max Lord, can only grant one wish to each person. This is pointed out more than once, but never more simply than when Max tries to get an employee to make a wish and then realizes that he had already used the guy to make a wish the day before.

That’s all fine, except that Barbara gets to make two wishes. She wishes to be like Diana and then later she wishes to be the Alpha Predator. Now, you could argue that the stone gave her the first wish, and then Max the second, and I’m sure that’s what the creators were going for, but that’s flimsy writing.

Don’t break or find loopholes in your story rules, without some sort of clear explanation.

Who are the asshats at Warner Brothers who keep making these decisions? Clearly they want to be like the MCU, but they keep making utter crap. How many times has the DCU been rebooted? Whoever has been calling the shots there needs to be put out to pasture, and make room for anyone else who might have fresh ideas.

Because all they can do at WB is keep making the same damn mistakes.

Did you think it was as bad as I did? If not, what worked for you and didn’t? Let me know down in the comments. I’ll do my best to read and respond to everyone.

How Wonder Woman 84 did in the Peeple’s Poll