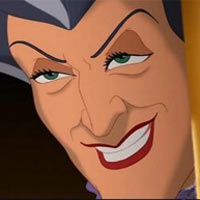 Star Wars is all about Daddy Issues. Yet Disney has a thing for moms: missing, crazy, obsessed, or just plain evil mother figures. What’s the endless deal with parental problems? Why does this speak to us in this day and age, to the point where we no longer even notice a missing parent in the heroic journey? Surely a missing parent or lack of romantic male interest doesn’t have to dominate the plot — with animation, any narrative is possible! Look at Spider-Man: Into the Spider-Verse to see how great stories can be with the right imagination. Spider-Verse has a (somewhat) evil family member, but his parents are totally cool, whether Miles Morales realizes it yet or not. (Damn. I just realized Peter Parker is an orphan with traumatic Uncle issues to boot…why why why? SIGH.)

Let’s take a trip through all the Princess movies and see where mother issues are…well, an issue…

And a few problematic Princesses

So. Which princesses DON’T have mommy issues?

All of three. Yay?


WHY, Disney? What is your fetish with mommas? Anyway, here’s the short list:

(It’s notable that none of these princesses are finding a Prince to marry in the end, as well as some of the other modern entries above… But that’s a topic for another post.)

Disney even spoofed their “mother stuff” in Ralph Breaks The Internet. This is the priceless princess scene in the movie that you may or may not want spoiled: