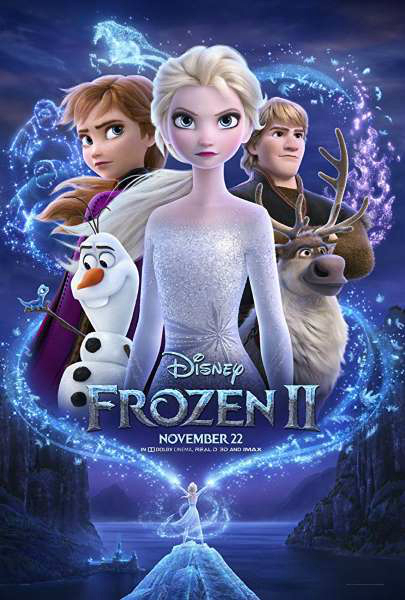 Obviously, I’m not grading this movie based on how well I personally enjoyed it. I, a 52 year old man, live in a galaxy far, far, away from the target audience of pre-teen girls.

I’m confident that the aforementioned young girls will be delighted with every moment of the movie. In particular, I think my 6 year old niece is going to obsess over getting a water horse doll for Christmas. (Mission accomplished, Disney marketing department.)

That being said, I don’t think this movie will have the cultural impact the first did. Again, I’m not the target audience, but it didn’t feel like there was a musical number equivalent to “Let it Go” in this sequel.

I would suggest that mom and dad flip a coin to decide who “gets” to take the kids to see this. This isn’t Pixar. There’s not much adult entertainment. About the only relief we get are a few moments of Olaf wisdom that are chuckle-worthy.

About The Peetimes: No songs were used in the making of any of these Peetimes. 🙂 The three Peetimes we have are all pretty good, but we recommend the 3rd, and last, Peetime. The movie is really about 1 hour and 30 minutes long, not including the 12 minutes of credits.

There are extra scenes during, or after, the end credits of Frozen 2. (What we mean by Anything Extra.)

Frozen Adventures You May Have Missed